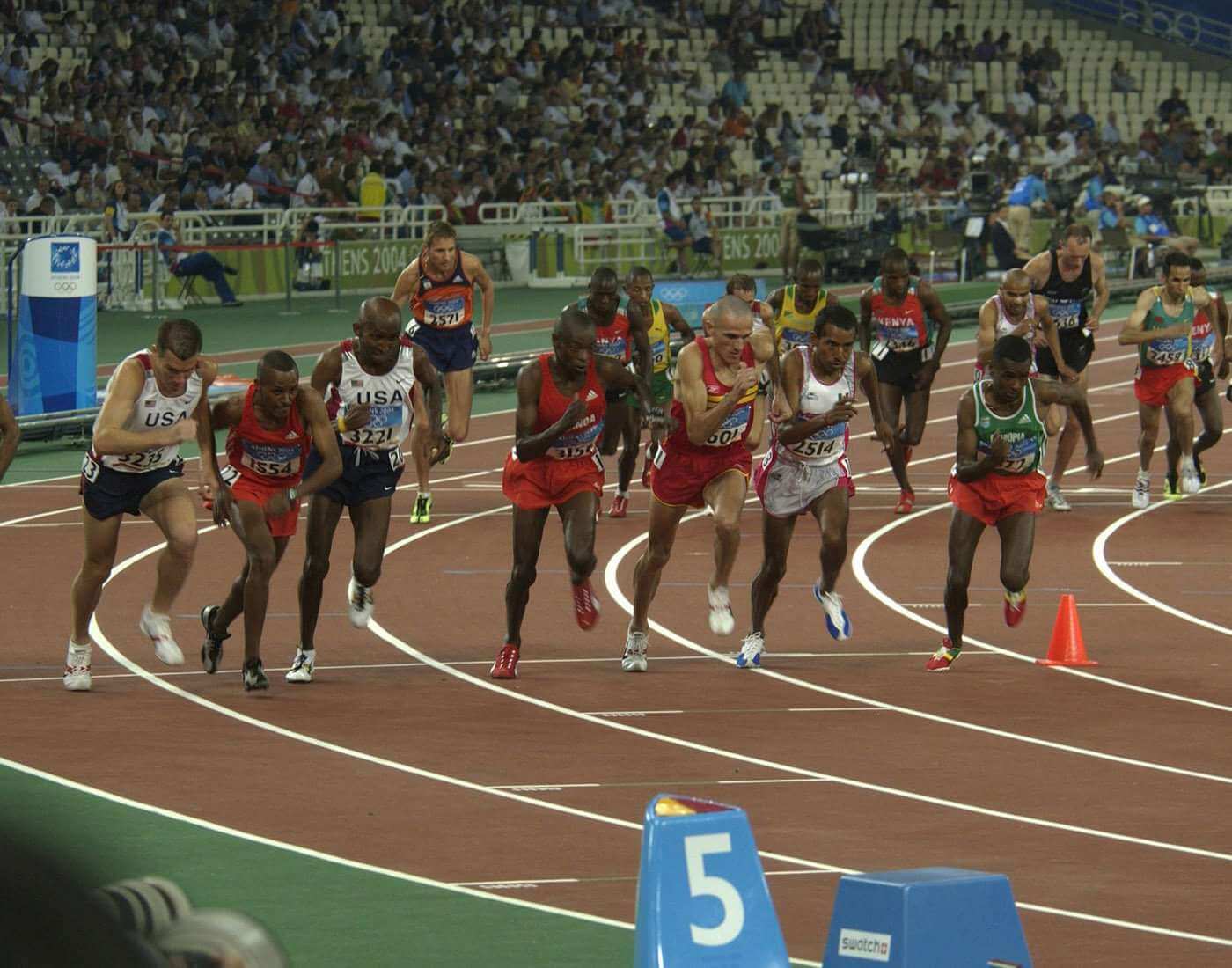 The Middle-distance running events are usually longer than sprints. In these events, the athlete has to run over the fixed distance in the shortest possible time.This type of running requires endurance and pace.

The present two types of events are conducted by the International Association of Athletics Federation (“IAAF”) as part of Middle –Distance running are:

The 800 meters is a common track running event that takes place on a 400 meter outdoor track and is the shortest middle-distance running event. In this event the athlete runs over two laps of the 400 meter track if the event is part of Summer Olympics whereas in Winter Olympics this event is conducted on a 200 meter indoor track and the athlete in this case has to take four laps of the track.

The 1500 meters is the prime middle -distance track event in Athletics. This event is equivalent to 1.5 kilometers or approximately 0.93 miles. In the 1500 meter running the athlete runs over three and three-quarter laps around a standard 400 meter track. Athletes make a bunched start and break immediately for the inside lane.

Long-distance running event is a form of continuous running over a certain distance that not only requires endurance, pace but most of all stamina.

The present two types of events that are conducted by the International Association of Athletics federation (“IAAF”) as a part of Long–distance running are:

The 5000 meters is a common Long-Distance running event in which the athlete runs over 12-and-a-half- laps of a standard 400 meter track. This event is equal to the same distance in road running that is called as 5K run. The main difference in these two events is the distance being referred to in kilometers and meters.

The 10000 meters is a Long-Distance running event in which the athlete runs over 25 laps around a standard 400 m track. This event is equal to the same distance in road running that is called 10K run. The main difference in these two events is the distance being referred to in kilometers and meters.

The 3000 meters steeplechase is the most common distance for the steeplechase in track and field. It is an obstacle race over a distance of the 3000 meters that has its name derived from the horse racing steeplechase. In this distance, the number of laps depends on the water jump’s position on the track. Athletes make a bunched start and break immediately for the inside lane.

Races commonly known as “Middle-Distances” took place for the first time in the Ancient Olympics Games and were later revived in the middle of the 19th century.

The 800m event was originated from the 880-yard run which has its roots in the UK in the 1830s. The men’s 800m event was added to the Olympics Games in 1896, Athens, Greece, whereas the first women’s event was conducted at the 1928 Olympic Games at Amsterdam but later dropped and was further added again at Rome in 1960,.

Athletes from North America, South America, Europe, Africa and Oceania have won gold medals and further more in the recent years Kenya has won gold in the men’s 800m event.

The 1500m was originated in continental Europe in the 20th century. The men’s 1500 meters was added to the Olympic Games in 1896, Athens, Greece, whereas the women’s event was inducted in the 1972 Olympic Games, Munich.

The only man in history to claim back to back Gold medals in the 1500 meters in the Olympic Games is none other than the current President of World Athletics, Sebastian Coe.

The long distance events have their roots in the 3 and 6 mile distance events and gained popularity in the 1920s. The first recorded race of steeplechase was in the mid-19th century at the Oxford University and was later made a track event with barriers at the 1879 English Championships.

The Ancient Greeks had organized a wholesome of events which are now known as Long Distance races. During the mid-19th century, the races gained popularity in the Great Britain and the USA. The men’s 5000 meters event was added to the 1912 Olympic Games at Stockholm. The women’s 5000 meter was introduced into the 1996 Olympics as a replacement to the 3000 meter event since 1984 Olympic Games at Los Angeles.

During the mid-19th century, the races gained popularity in the Great Britain and the USA. The men’s 10000 meters was added to the 1912 Olympic Games at Stockholm whereas the women’s event was first featured in the 1988 Olympic Games at Seoul.

The 3000 meters event has its roots connected to Britain, in which runners used to run from one town’s steeple to the next by jumping through obstacles such as streams and low walls. The men’s event was added to the 1900 Olympic Games at Paris, whereas the women’s event was added recently in the 2008 Olympic Games at Beijing. This is the only distance event in the Olympics that includes passing over the barriers.

The main objective of the athletes is to run over a precise distance and cross the finish line in the fastest possible time.

The International Association of Athletics Federations (“IAAF”) now known as the “World Athletics” organizes the athletic championships throughout the world and is the only global governing body. The Male and female athletes compete as individuals in Middle and Long Distances events belonging to different countries.

Athletes use lightweight shoes with a maximum of 11 cleats of 9 mm. Shoes for 800m usually have no heels while those for 1500m do have heels. For long running events they opt for flexible running shoes that absorb the impact of each stride.

Sprinters wear a pair of tight fitted shorts and a short-sleeved or sleeveless T-shirt or a top indicating the athlete's number.

The athletes begin both the races without the starting blocks. In the 800 m final, the 8 runners run in the assigned lanes throughout the first curve (lap) and then break for the inside lane after the end of the first curve.

In the 1500 m final, a maximum of 12 runners line up on the starting line that is curved so that the athletes on the outside of the track run the equal distance as the athletes  placed closer to the inside.

The two main techniques used in these events are that some athletes try to front-run the entire race or some athletes depend on their finishing kick.

In the 5000 meter final, the 12 competitors run over the 400 meter standard track. In the 10000 meter final, a maximum of 20 competitors compete. The athletes make a bunch start and break immediately for the inside lane because in these type of long distance races even running just 0.5 m farther outside than necessary on each curve can add up to running about 50 extra meters.

In this type of long distance running 8 to 12 athletes line up on a curved starting line and run for first 200 meter without any obstacle. The athletes make a bunch standing start and break immediately for the inside. The competitors clear twenty-eight fixed barriers and seven water jumps during the overall race.

The finishing order is decided on the basis of time taken to complete the race. At major championships, the format for the middle distances (800 and 1500 meters) typically comprises of heat, semi-final and final and for the long distances varies.