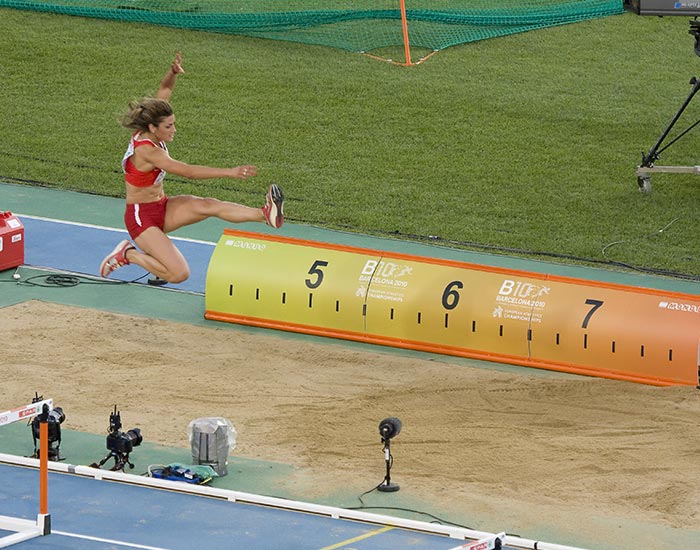 Long Jump also known as the ‘Broad jump’.  It is a track and field athletic event in which athletes sprint along a runway and jump as far as possible from a wooden take-off board into the sandpit. This sport requires a lot of speed, strength, stamina and agility to have a great landing.

The long Jump is the only known jumping event that has its roots connected to the Ancient Greece’s Olympics pentathlon events dated 776 B.C. The long jump was initially added as a sport because it had the characteristics that could help the people in crossing the obstacles such as streams and ravines. Moreover, it is said that the sport took place in the ancient Greek Olympics as it was supposed to be an act of training for warfare.

In the ancient long jump event, the athlete were only allowed to run a short distance with weights also known as ‘Halteres’ (weighing between 1- 4.5 kg. /35.27 - 158.73 oz.) in both the hands that swung forward as the athlete jumped (took-off) and swung backward just before landing. It is often said that the swinging of weights forward and backward not only increased the momentum of the athlete but also the length (distance) of the jump.

The below vase image depicts the long-jump event that took place at the ancient Olympic Games. 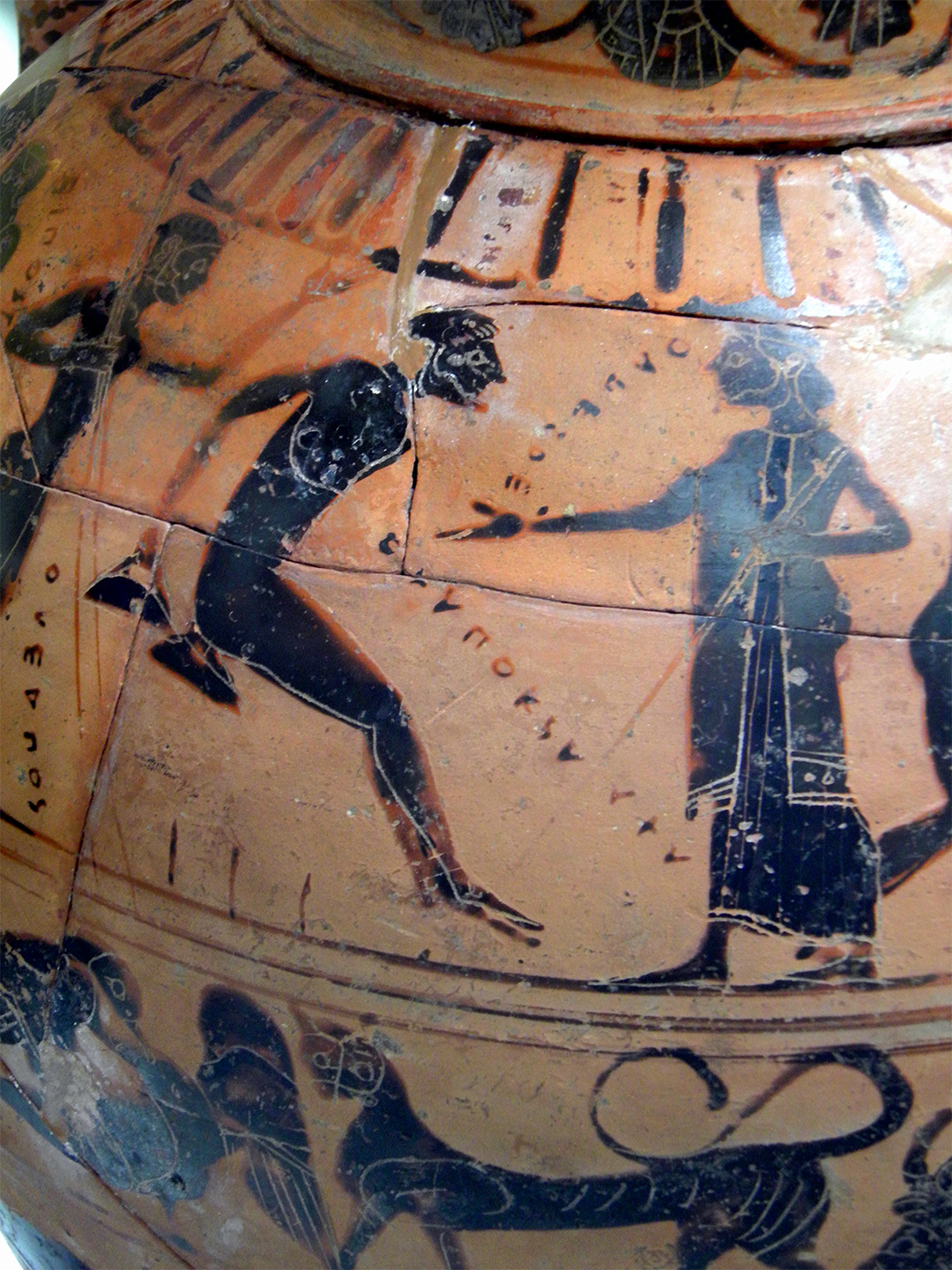 The Long jump has been a part of the modern Olympics held at Athens, Greece since 1896. In the year 1914, Dr. Harry Eaton Stewart (Physician and Physical Education Instructor from USA) recommended the ‘running broad jump’ as a standardized track and field event for women. But, until the 1948 Olympic Games the women’s long jump was not added to the Olympic athletics.

The main objective of the game is to step correctly on the board and to cover the maximum distance possible with a horizontal jump.

The male and female athletes from various countries take part in the long jump competitions individually that is commonly conducted by the International Association of Athletics Federation (“IAAF”) which is the only global governing body. Moreover the athletes from the continents of Asia and Africa have dominated the sport in both men’s and women’s event.

Jumpers use cleated shoes for grip and stability and to withstand the pressure of the take-off stride.

The playing area in the long jump sport consists of a runway, takeoff board, plasticine and sand pit.

Commonly, there are five main components of the long jump that are (1) the approach run (2) the last two strides (3) takeoff (4) action in the air (5) the landing.

The last two strides are a crucial part of the approach run because they decide the velocity of the athlete’s jump; the greater it is, the better the jump. Usually, the penultimate stride is longer than the last one as it helps in lowering one’s center of gravity to prepare the body for the maximum possible upward thrust. Moreover, at the final stride (the shortest step) before the take-off, the body begins to rise upwards in preparation of the jump.

The objective of the takeoff is to maximize the vertical velocity while maintaining the balance and control. This phase is the most important part of the long jump as the athlete tries to keep its foot flat on the ground because if the athlete jumps off either over the heels or toes then that could give a negative impact on the jump. As it is observed that when the takeoff takes place over heel then the velocity decreases and it also strains the joints whereas if the takeoff takes place on toes then it decreases the stability.

One more thing that the athlete needs to keep in mind is that while placing the foot flat he / she needs to maintain proper body position, keeping the torso upright and moving the hips forward and up to gain the maximum distance from board contact to the release.

4) Action in the Air

Once the athlete is in the air, he / she has very little control over the direction and landing. Commonly, the three types of flight techniques used in long jump are-

At the time of landing, athlete’s main objective is to glide into the pit with hands in the forward direction. They need to ensure that they do not to fall back into the landing pit as that will decrease the distance covered by him/her.

The measurement is taken from the take­off board (line) to the nearest point of contact on the landing (back of the heels). The chief judge coordinates the work of the other judges and validates the attempt of the athlete by indicating a fair jump with a white flag and a foul jump with a red flag whereas the other judges record all the attempts made by the competitors and verify the results at the end of each round.

Most championship competitions involve six jumps per competitor, although a number of them, those with the shorter marks, are often eliminated after three jumps. Moreover, if the competitor’s marks are tied then the athlete with the next best distance is declared as the winner. At major championships the format is usually a qualification session followed by a final. The record of the longest distance jumped is taken in consideration from the best of the three attempts and the athlete is declared as the winner.