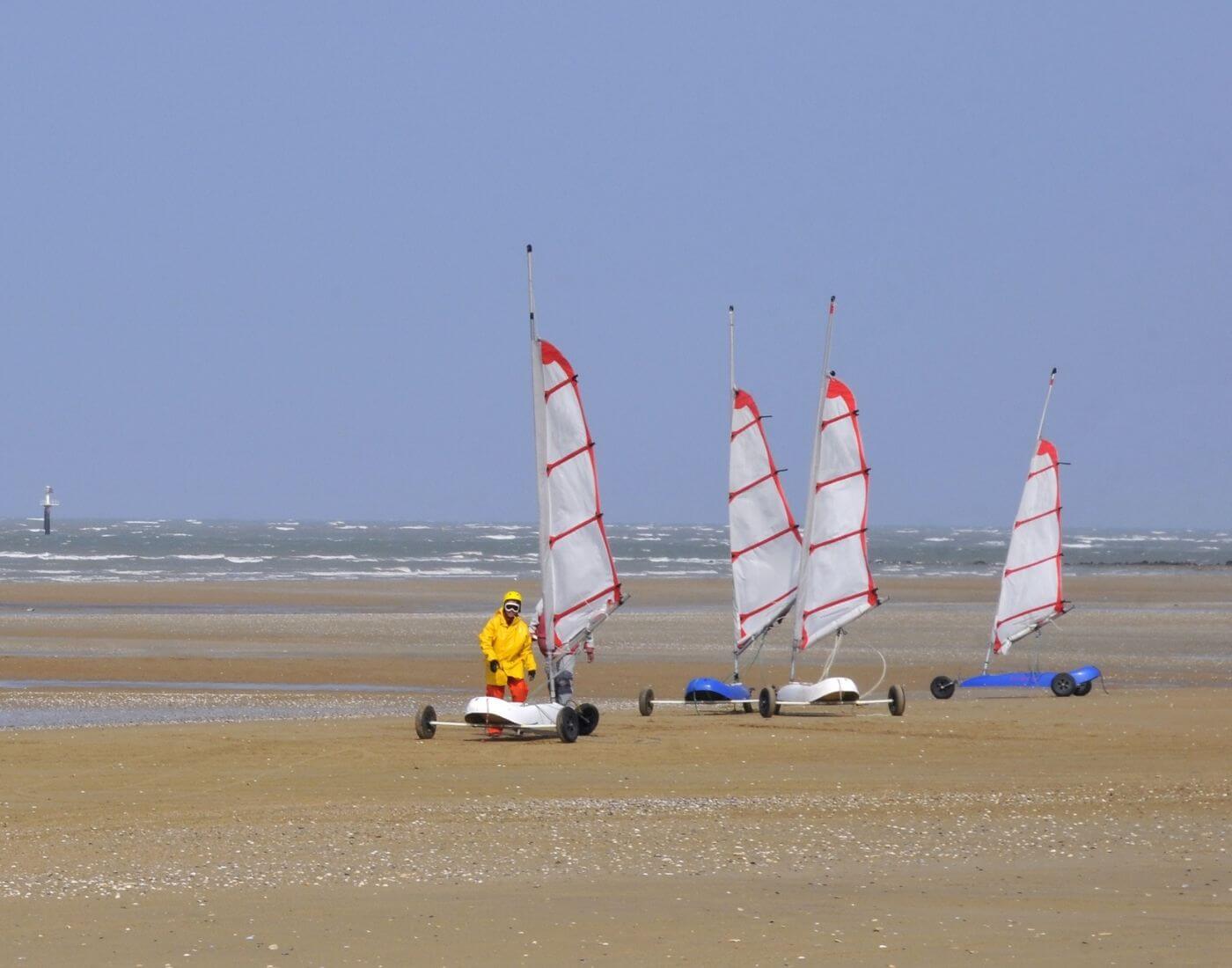 Land Yachting, also known as land sailing or sand yachting, is an extreme sport in which pilots race three/four-wheeled, wind-propelled vehicles (consisting of a sail) across large expanses of flat ground. The pilot steers from a prone position, with the use of pedals or levers and by controlling the angle of the sail, modern pilots (land sailors) can go three to four times faster than the prevailing wind.

Historically, the sport was used as a mode of recreation or transportation but since the 1950s, it has evolved mainly into a racing sport. A precursor to modern land yacht was first invented in the year 1600 by the Flemish scientist Simon Stevin. The Dumont brothers of De Panne, Belgium, in 1898 invented a land yacht with sails based on the contemporary Egyptian sailboats used on the Nile River.

But the land yacht used today which is a four-wheeled polyester or fibreglass and metal cart, usually with a wing-mast and relatively rigid sails, has been used since 1960.