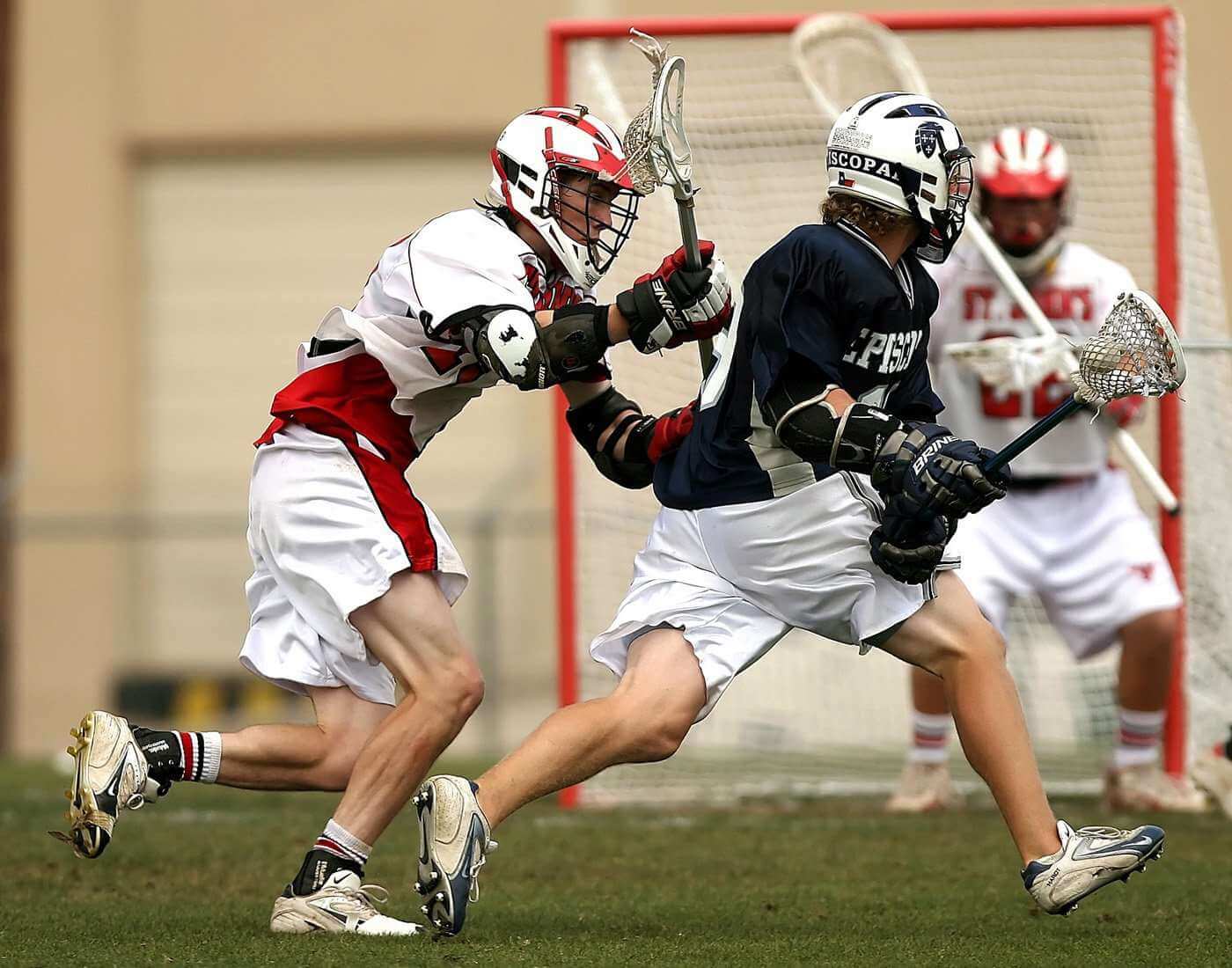 Lacrosse is a sport played by two opposing teams with a rubber ball and a long stick known as crosse. The stick is strung with a loose net at the head of it which is used to catch and get hold of the lacrosse ball. There are two versions of the game; the men’s and the women’s; where the former is also considered as a rough sport with cuts and intense checks to the body and the stick.

The game is said to have been developed in early 1100AD among the native people of the North American continent and is also considered as one of the oldest ball sports games. A game of technique and agility, lacrosse as it is played today first appeared in Quebec, Canada around early 1800’s.

The international governing body that governs the game of both the male and female play is Federation of International Lacrosse (FIL).

Sticks made of wood, plastic or composite material are used in lacrosse having the length of 40-42 inches for attackers, 52-72 inches for defensemen and 40-72 inches for the goalies. Plastic molded head of the stick has nylon, linen or leather pocket. The head can be maximum 10 inches wide for each player except the goalie (much larger head with maximum 12 inches width). The pocket of the Crosse must not be deeper than the diameter of the ball.

Along with the lacrosse stick, lacrosse balls are used in the sport of Lacrosse. The balls are available in various colours and are made from rubber. The outer surface of the balls sometimes has slight textures on the rubber.

Goaltenders wear leg pads for protection against the injuries.

Except for the goalie, all players of the men’s lacrosse team wear shoulder guards for protection against injuries.

Lacrosse helmets are the safety gears worn by the lacrosse players to protect themselves from any injury. Men are strictly required to wear the helmets throughout a match, whereas the females can optionally wear it.

Men’s lacrosse players wear heavily padded gloves to protect hands, wrists and forearms from checks and legal defensive hits. Gloves are not required for women’s lacrosse except the goalie.

Lacrosse players wear cleated shoes for having good grip on the playing surface.