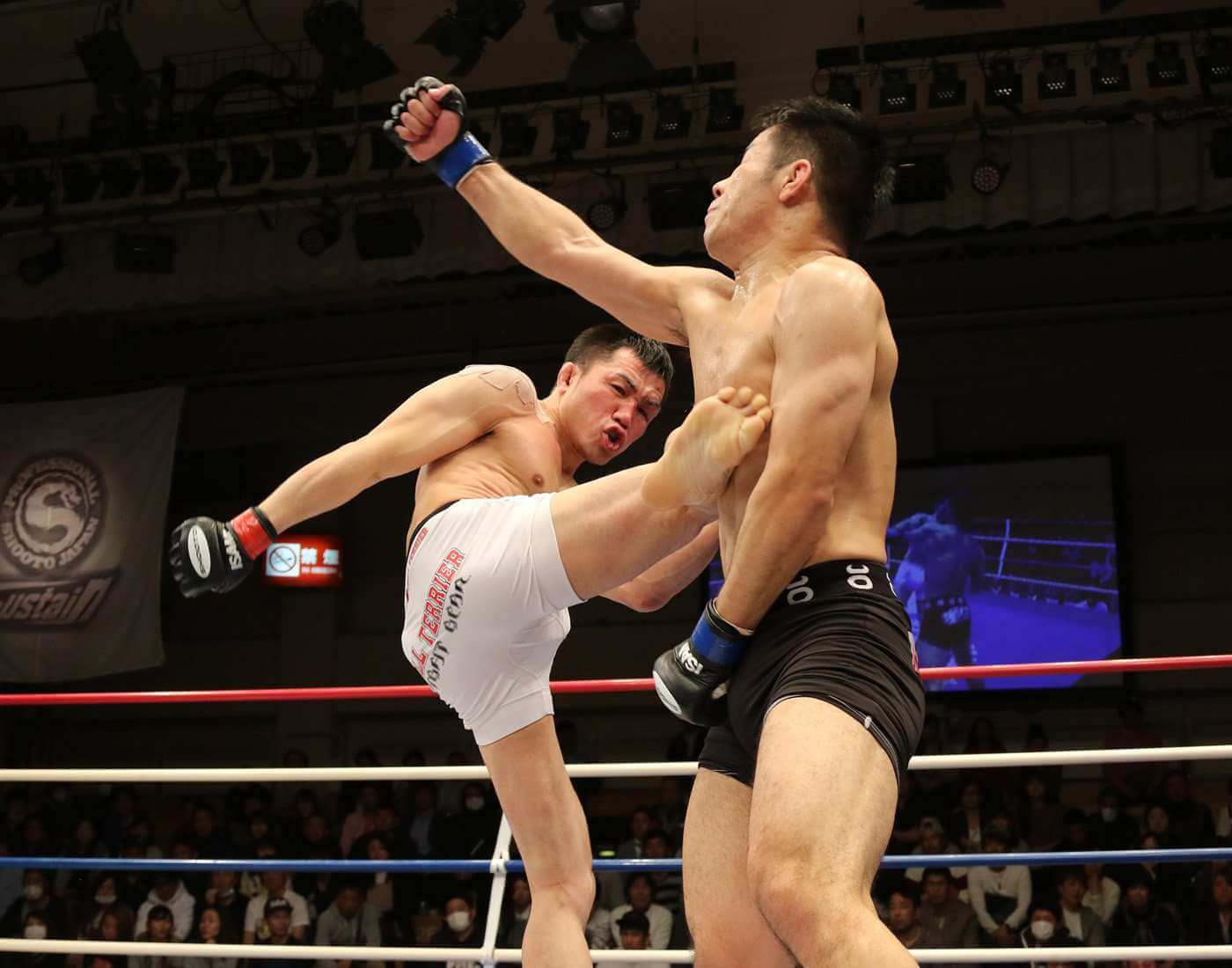 Kickboxing is a combat sport which combines the kicking and punching techniques that were developed from Muay Thai, Karate, Boxing and some other forms of martial arts. Kickboxing is practiced for general fitness, self-defense and as well as a contact sport. This sport originated in Japan in the 1960s and the American version was originated in the 1970s.

The first World Championship of the sport was organized by the Professional Karate Association (PKA) in September 1974. The sport can be considered as a hybrid martial art as it combines elements of various traditional forms. Since the 1990s, it has contributed to the origination of MMA (Mixed Martial Arts) by combining its properties with ground fighting techniques of Brazilian Jiu-jitsu and Folk Wrestling. There is no single global governing body of Kickboxing. The federations like International Kickboxing Federation, World Association of Kickboxing Organizations, etc. govern the sport and the bouts organized by these organizations apply different rules and regulations.

Muay Thai Boxing is a hand to hand fighting style that began in Thailand. There is proof that it tends to be followed back to a type of old boxing utilized by Siamese officers called Muay Boran. Amid the Sukhothai period (1238 – 1377), Muay Boran started to change from being used as a method for personal development for nobility to fighting style for warriors to practice, and its advancement proceeded when King Chulalongkorn (Rama V) climbed to Thailand's position of royalty in 1868. Under Chulalongkorn's serene authority, the sport developed into a method for physical exercise, self-defence, and entertainment. Further, it started to be played at occasions like a game, and other principles were embraced which incorporated the utilization of gloves and other defensive apparatus.

In 1920, the term Muay Thai started to be utilized, isolating itself from the more traditional sport of Muay Boran.

Several years after the fact, a Japanese boxing advertiser by the name of Osamu Noguchi came to realize the hand to hand fighting style of Muay Thai. Alongside this, he wanted to spread a form of martial art that maintained the rules and regulations of karate as well as permitted full striking, that the karate competitions at the time did not. Alongside this, in 1966 he set three karate contenders against three Muay Thai professionals in a full contact style competition. The Japanese won this challenge by 2-1.

To score maximum points by landing valid kicks and punches to the opponent or by knocking him/her down for a specified period of time.

World Association of Kickboxing Organizations (WAKO) supports seven different styles amongst which four of them are on the Tatami (A mat on which all the training and contests are carried out) and three of them are in the ring.

Kick boxers wear gloves to protect their knuckles while delivering the attack and is made of heavy pad work that are available in all shapes and sizes.

Kick boxers wear loose shorts or pants that allow you to stretch and comfortably perform techniques with ease.

These Foot Guards minimize risk of injury as it is made of soft EVA foam dipped in PVC resin and the Velcro wrap around strap lets the guard fit securely. Moreover it is open underneath the foot for solid floor grip and has ventilation holes to prevent from building up moisture.

Kick boxers often deliver one of the strongest and toughest kicks when compared to all other combat sports therefore the shin guard protects the athlete’s shin from injury and makes them feel extremely comfortable.

The playing/fighting area of Kickboxing depends on the type of contact variation of the sport (semi-contact, full contact, etc.). The matches are fought either on mats (tatami) or inside a ring similar to boxing rings.  The rings are sprung canvas squares enclosed on all four sides by four ropes.

The bottom rope must be at the height of 33 cm from the canvas floor and the top rope no more than 1.32 m. The side length of the square (length of the ropes) must be minimum 4.5m to a maximum of 6.10 m usually. The platform must be placed at around 90 cm to 1.20 m above the ground.

Punching techniques used in Kickboxing are similar to those of boxing. Some of the most common techniques are:-

(a) Jab- It is a straight and quick direct punch thrown with the leading hand.

(b) Hook- It is a punch thrown with the bent elbow of the lead hand to the side of the opponent’s head or body.

(c) Cross/Straight- It is a straight punch thrown with the rear hand from the chin and crossing the body (right to left or vice versa).

(d) Uppercut- It is an upward rising punch thrown with the rear hand towards the opponent’s chin or torso.

Some of the most commonly used kicking techniques are:-

(a) Front Kick / Hook Kick – In this technique an athlete strikes the face or chest of the opponent with the heel of the foot.

(b) Side Kick / Lead Kick - This kick is performed either by striking with the heel or side of the foot with leg parallel to the ground over the head or body.

(c) Roundhouse Kick / Rear Kick - In this technique, the fighter swings his/her leg in a circular motion to gain momentum for a blow to the opponent’s lower leg, torso or head.

(a) Bobbing and Weaving- It is a quick technique in which the boxer bends the legs and moves the body on either side and slightly downwards and then quickly comes back to an upright position.

(b) Slipping- It is a defensive technique in which the head is moved to either side for protection against the punches.

(c) Blocking and Cover-up- The kick boxer covers his face with both gloves and forearms in the front to stop the opponent from hitting the face.

(d) Clinching- It is a type of locking position in a boxer wraps his/her arms around the opponent shoulder so that he/she cannot throw punches.

A referee controls and instructs the kick boxers before or during the bout,  determines when to start and stop the count when a kick boxer is down, terminates a match at any time if a kick boxer is endangered, issues cautions, warnings and disqualifications.

Usually three judges score the bouts, judge the punches and assign points to the kick boxers in order to determine the winner.

Seated with the judges, he/she records all points and penalties scored.

Time keepers are responsible for regulating the time for each round and between the rounds.

To score maximum points by landing valid kicks and punches to the opponent or by knocking him/her down for a specified period of time.