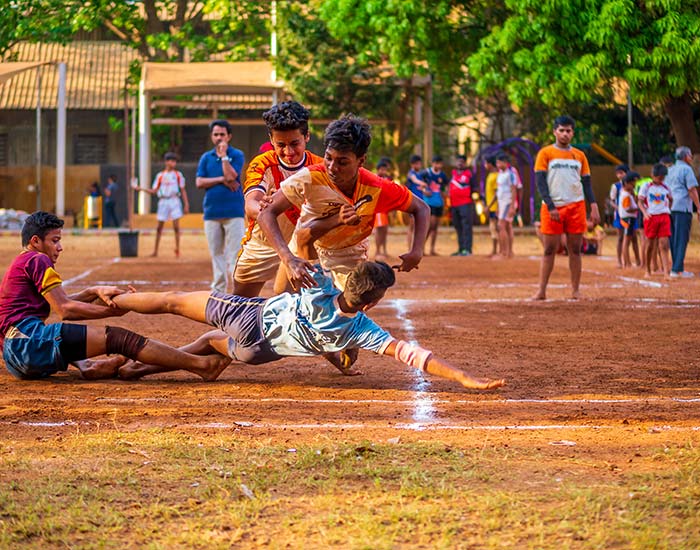 The team that wins the toss shall have a choice of the court, or the raid.

The match is divided into two halves of 20 minutes each along with five minutes interval between the halves.

Each team will score a point for every opponent being out or put out.

The defenders shall not willfully stifle the chant of the raider by shutting his mouth, or any other unfair means to harm him. If it happens the official shall declare the raider as NOT OUT.

If a raider does not score or lose any point during the raid then the raider will be treated as an empty raid for the team. If the team makes three such consecutive raids then the raider of the third empty raid shall be declared out and the opponent team will be awarded one point along with one player being revived.

The player shall be awarded with green, yellow or red cards by the umpires in the following cases:-

The umpire or the referee in the aforesaid cases can use the following cards to warn, temporarily suspend or completely suspend the player/tem/manager from the match or the tournament.