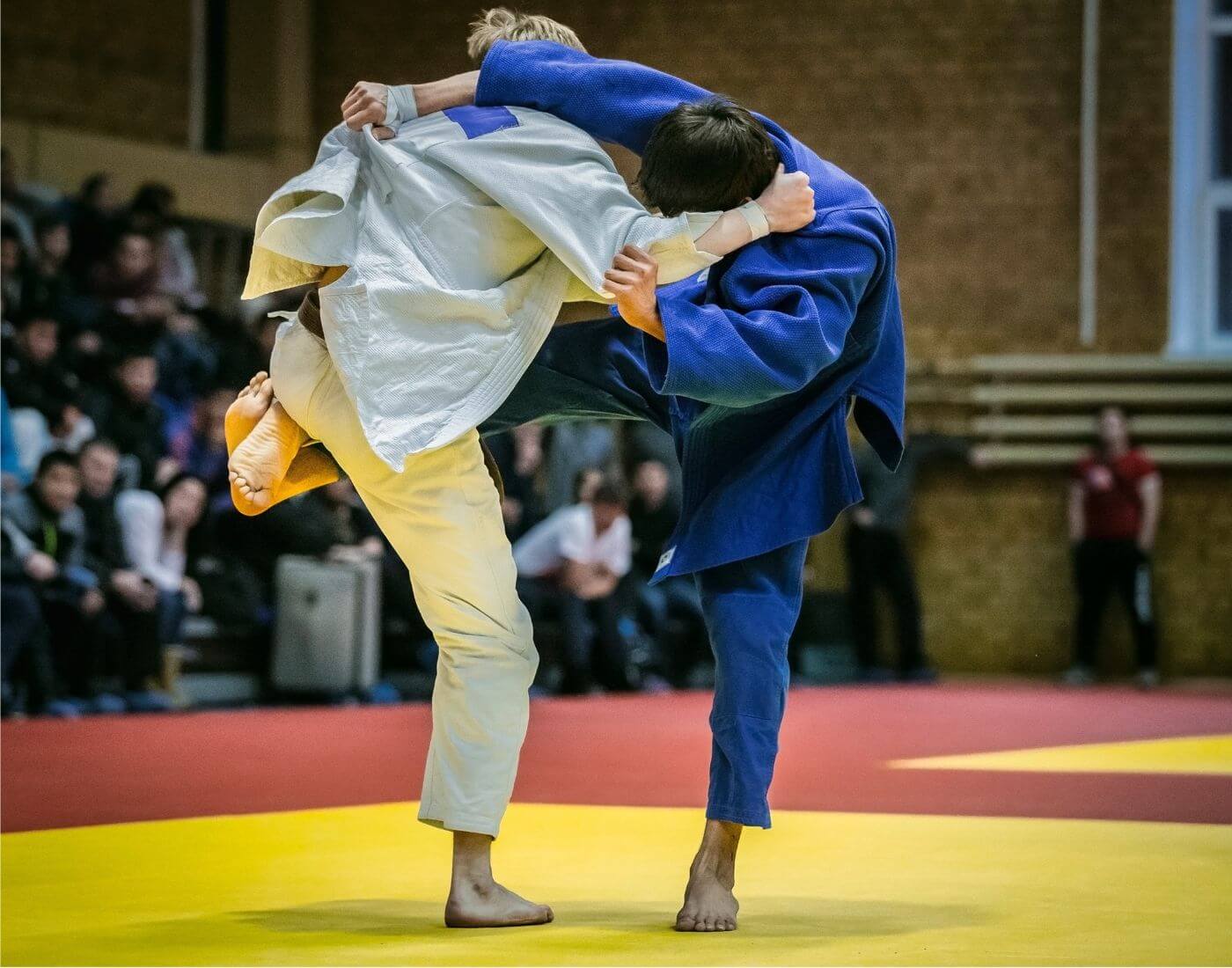 Judo literally means "gentle way". It is an unarmed combat sport in which no punching or kicking is allowed. It was founded in 1882 by "Jigoro Kano", a Japanese educator and athlete. Judo was the first Japanese martial art to become an official Olympic sport.

The main aim of the sport is to score an ippon (one point) and win by throwing the opponent to the ground, by pinning him/her down or by forcing a submission using an armlock or choking technique. To beat the opponent by scoring maximum points with the points being scored for throws, holds and other legal techniques.

The historical backdrop of judo begins with Japanese jujutsu. Japanese jujutsu was continuously rehearsed by the Samurai. They used the tosses and joint locks primary  in the martial art (i.e. jujitsu) as a way to guard against assailants with reinforcement and weapons.

Jigori Kano, the Inventor of Judo, was born in the town of Mikage, Japan, in 1860. As a kid, Kano was very weak, which prompted his study of jujutsu at the Tenjin Shinyo Ryu school under Fukuda Hachinosuke at 18 years old. At 22 years old, Kano devised his form of fighting which came to be known as Kodokan Judo.

In 1910, judo turned into a well-established game that it is today; in 1911, it was recognised as a piece of Japan's educational syllabus; and in 1964, it turned into an Olympic sport, fulfilling the founder's dreams. The sport is a part of Summer Olympic Games since 1964 for men and 1992 for women.

The competition area of judo is covered with mats and have a minimum of 14 x 14 m dimension. It is divided into two sections with the inner area of 8 x 8 m to 10 x 10 m called the contest area and an outer area of at least 3 x 3 m called the safety area. The mat is usually made of vinyl-covered foam and is called "tatami".

It is a technique in which a judoka tries to throw his/her opponent on the ground and placing him/her on the back. This is done in three consecutive steps: Kuzushi (the starting balancing act), Tsukuri (the act of turning and fitting into the throw) and Kake (the execution of the throw).

Atemi-waza is not allowed in competitive judo but taught within kata (form). In this technique, a judoka tries to disable his opponent with a strike to a vital point on his body.

Stands in the contest area and judges the competition. In case a dispute arises, then the referee and two judges consult each other and come to a decision.

Two corner judges ensure that whole of the competition/match takes place inside the contest area.

Time the length of the competition and the holds.

Keeps a written record of the score and results of all the matches.

Ippon- Ippon means "one point" and provides victory. It is awarded for a successful throw performed with speed, control and considerable force or for holding the opponent at the mat so he can’t get away from this hold within 20 seconds.

Waza- ari- Waza-ari means "a half point". It is awarded for a throw which lacks in one of the elements necessary for ippon. It is also awarded for holding the opponent at the mat for at least 10 seconds.

To beat the opponent by scoring maximum points with the points being scored for throws, holds and other legal techniques.