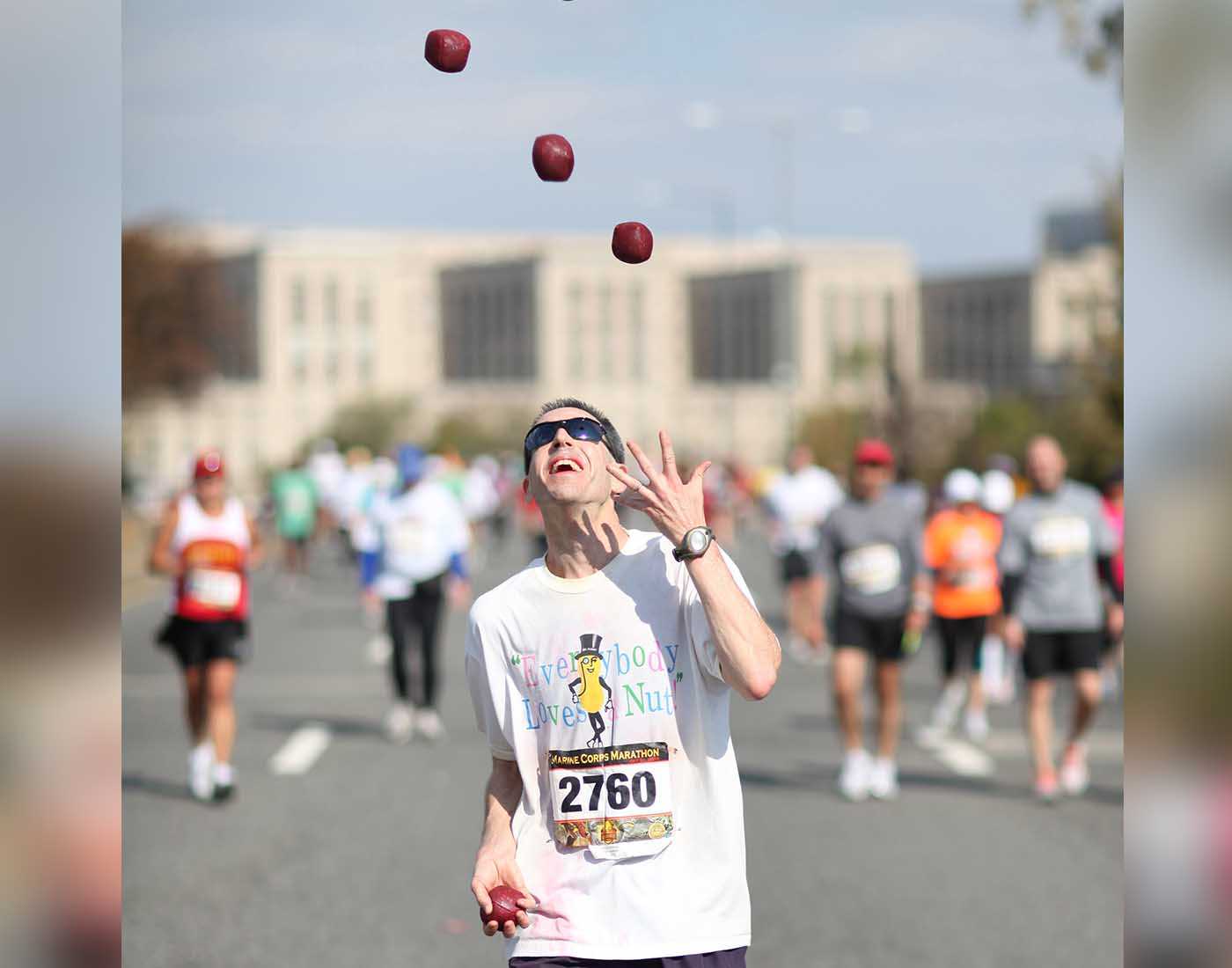 Joggling is one of the hybrid sports, combining jogging along with juggling. The participants who perform these tasks are called jogglers. The equipment required to perform joggling is the juggling balls or juggling clubs in a set of three or more.

The participants follow a three-ball cascade pattern while juggling as it is well-organised and requires the least amount of energy. The International Jugglers' Association is the primary governing body of joggling. The races organised by the IJA are conducted for 100 meters to a 5 kilometres distance.

Joggling is conducted for individuals as well as teams.

The objective of each joggler is to complete the jogging track as fast as possible while juggling the balls or any prop without dropping it. The joggler who reaches the finishing line first is declared as the winner.

An avid joggler, Bill Giduz invented the sport of joggling in 1975 by trying his hands on juggling while jogging at N.C. State University. In 1980, he organised a race for jogglers at the IJA festival, in Fargo, North Dakota. The event captured the attention of the spectators and since then; the World Joggling Championships are conducting.

The first championships were held with two races: one was a 100-yard race, and the other one was a one-mile run on an indoor track. The current events of joggling at IJA festivals range from 100 meters to 5 kilometres along with relay races.

Brad Heffler won the first 100-yard race. He completed the race in 13.4 seconds, and Michel Lauzière won the one-mile run which was late to the start-line in the beginning but soon aced the pace by jogging barefoot and eventually won the race. Since 1969, the IJA annual stage championship has been held where the individual competitors and teams of two or more people, as well as juniors of 17 years old or younger, participate according to their categories.

It is another hybrid sport which combines volleyball along with juggling.

Joggling is conducted for individuals as well as teams. The objective of each joggler is to complete the jogging track as fast as possible while juggling the balls or any prop without dropping it. The joggler who reaches the finishing line first is declared as the winner.