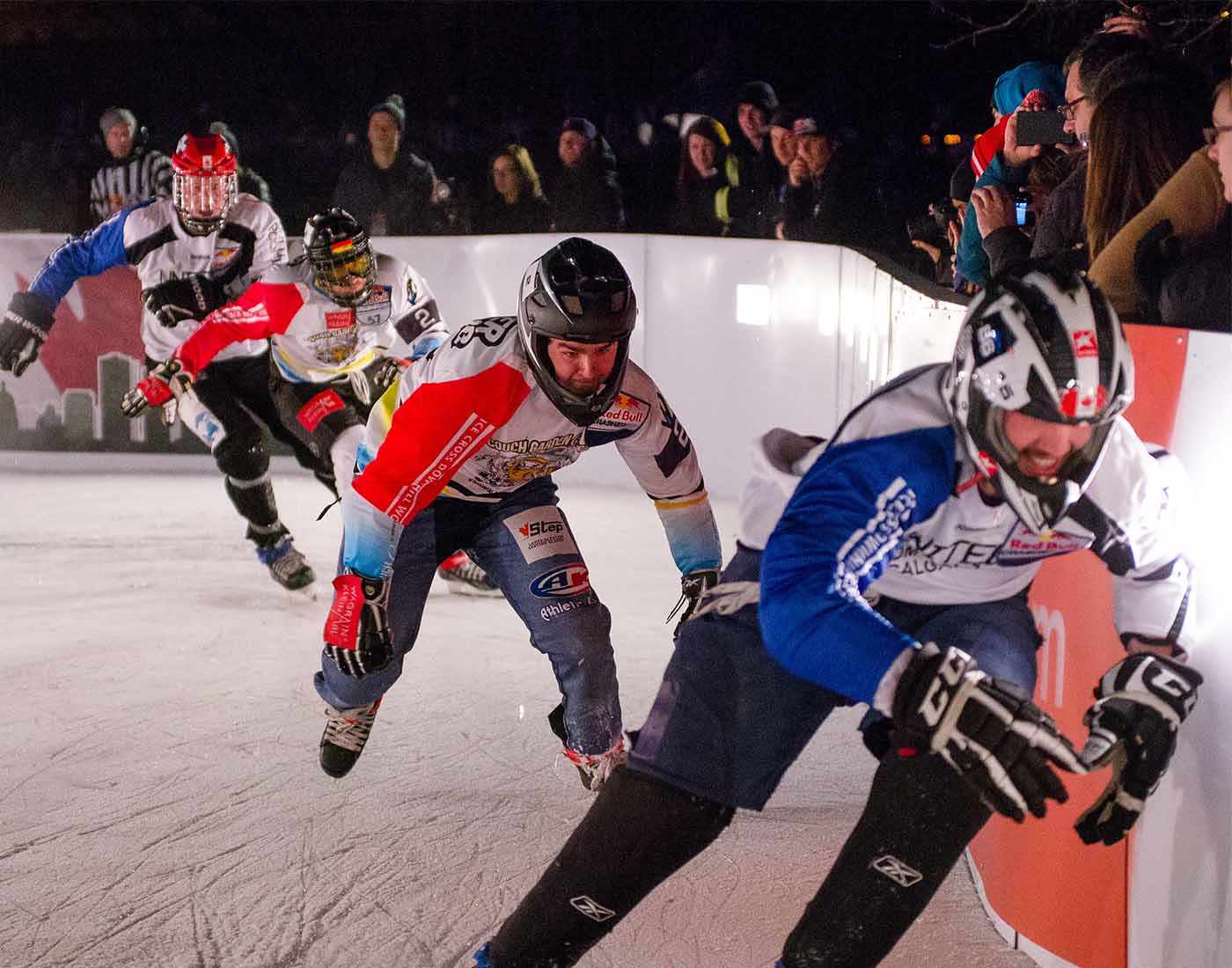 The Red Bull Pvt. Ltd. organized the first ice cross downhill race in the year 2001, in the city of Stockholm, Sweden. At that time the track was measured 300 meters long build through a series of city streets. The ice was managed from a nearby local fish market.

Over the next five years, the ice cross downhill competition was again organized in winter in other places such as Austria, Duluth, Moscow, Prague, Minnesota and also in the Quebec city.

Since 2007, the Red Bull has started organizing the downhill ice cross events annually. In the year of 2010, the Ice Cross Downhill World Championship competition was held for the first time.

By 2011, the popularity of ice cross downhill competition emerged to the extent that almost 100,000 spectators witnessed the Crashed Ice event organized in the Quebec City, in Canada.