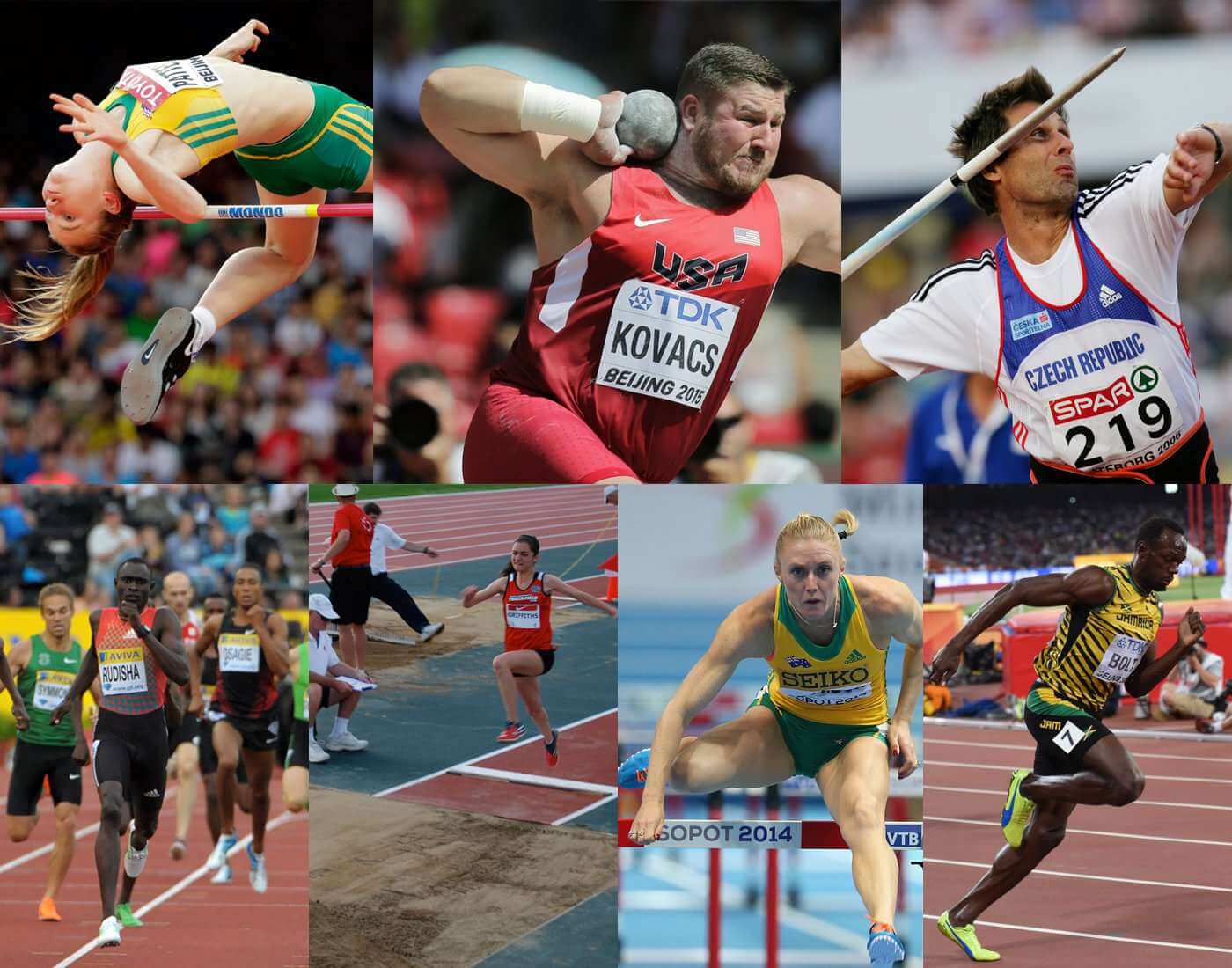 A Heptathlon is a track and field combined events competition that is made up of seven events. The Heptathlon name derived from Greek meaning Hepta – Seven and Athlon – Competition. The competitor in a heptathlon is referred to as a heptathlete.

This event is usually conducted for men which takes place indoor. It is a combined event in the IAAF World Indoor Championships in Athletics.

The men’s indoor heptathlon consists of the following events in which the first four are conducted on the first day and remaining three on day two as follows:

Women’s Heptathlon is the combined event for women contested in the athletics programme of the Olympics and at the IAAF World Championships. The IAAF Combined Events Challenge determines a yearly women’s heptathlon champion.

The women’s indoor heptathlon consists of the following events in which the first four are conducted on the first day and remaining three on day two as follows:

The heptathlon scoring system was devised by a Viennese mathematician - Dr Kaul Ulbrich. The formula is constructed to set a bench mark performance to score 1000 points. Each event even has a minimum recordable performance level corresponding to zero points. The formulae are devised so that a successive constant increment in performance corresponds to gradual increase in points.

The events are divided into three groups, and the scores are calculated according to the three formulae:

In which P is for points, T is for time in seconds, M is for height or length in centimeters and D is length in meters. Moreover a, b and c have different values for each of the events, as follow

The Competitors earn points for their performance in each discipline and the overall winner is the athlete who scores the most points.