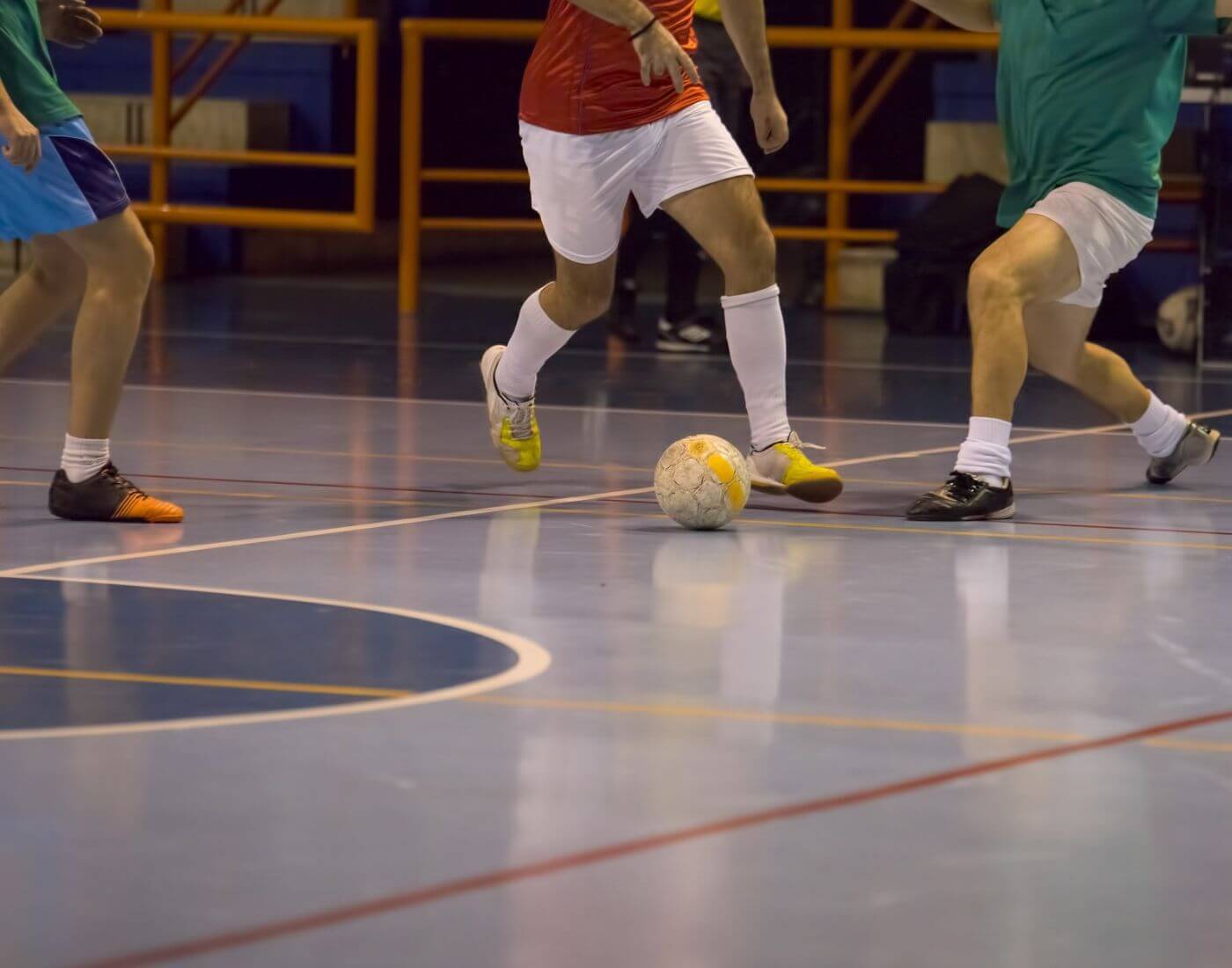 Futsal or futsala is a contact team sport and is a variation of association football. It is played on a hard court which is smaller than a football ground and is mainly played indoors. Futsal is also regarded as five-a-side football. The sport was originally developed as an indoor football in Uruguay by Juan Carlos Ceriani in the year 1930 for recreational purpose where it was played on the basketball court. The rulebook of the game was published in September 1933 where in the rules were framed from the combination of the rules of football as well as basketball, water polo, and team handball.

They were initially not uniform and were thus reframed by Habib Maphuz and Luiz Gonzaga de Oliveria Fernandes within the YMCA of São Paulo Brazil to permit seniors to compete. Today, futsal has two governing bodies: Asociación Mundial de Fútbol de Salón (AMF) and Fédération Internationale de Football Association (FIFA). Both of them are responsible for regulating the official rules of their respective versions of the sport.

The initial account of an organised five-a-side variant of football goes back to 1930 in Montevideo, Uruguay. The sport rapidly spread all through South America as 'futbol sala' (room football, or indoor football) or 'futebol de salao' in Brazil. Then, it didn't take long for the sport to spread to each edge of Latin America, and the first global futsal competition commenced in 1965.

The International Federation for Futebol de Sala (FIFUSA) was formally established in Brazil in 1971. What's more, the first Futsal World Championship (however not yet subsidiary to FIFA) occurred in 1982 in the five-a-side hotbed of Sao Paolo.

FIFA got on board with futsal in 1989, bringing the five-a-side sport under its wing and supporting the first 'official' FIFA Futsal World Championship in 1989 in Holland. With the new official tag, the name of the sport authoritatively progressed toward becoming 'futsal.'

Two teams of five players each side including a goalkeeper competes against each other. The team can have a maximum of 12 players in a match. Substitutions are unlimited. If any team has players less than three in number then, in that case, the competition is said to be abandoned and thus is counted as a loss for the team.

The playing area is a hard court surface made of wood or hard plastic with a maximum of 42m by 25m or a minimum of 25m by 16m in measurement along with a rectangular goal placed at the middle of each goal line.

The 3 second rule - The players must be moving continuously even if they do not have the ball. When the team is in attacking position the players must not stay in the same place without the ball for more than 3 seconds.
Occupy the space - The players must fill the space quickly that is left by the teammate.
Tackling the defender - The player with the ball moves closer to the defender whereas the player without the ball should move away from his defenders.
Helping the teammate - The teammates should help the player who has the ball which sometimes means to get closer to him and sometimes moving away from him. The aim is to create a clear passing line between each other.
Pass and Run - This emphasizes on the urgency of the movement
Separate your sight from the direction of pass - The players should not make passes that are obvious. They used use the disguise technique which leads to confusion in the mind of opponent players.

Strength in the tackle - The players should tackle the ball very hard but it must not be violent.
Aggressiveness - Players should fight for every ball because defending is more about attitude than technique.
No rest - The players must be at no rest while defending, and no player should be in the upright/stance as the opponent player will not leave even the slightest chance of taking an advantage.
Eye Contact - Never lose eye to eye contact with the player who has the possession of the ball. Annoy; confuse the player continuously, but without stealing the ball until they lose its control.

A timekeeper and the third referee are there who control the teams’ benches. They are not used in minor events.