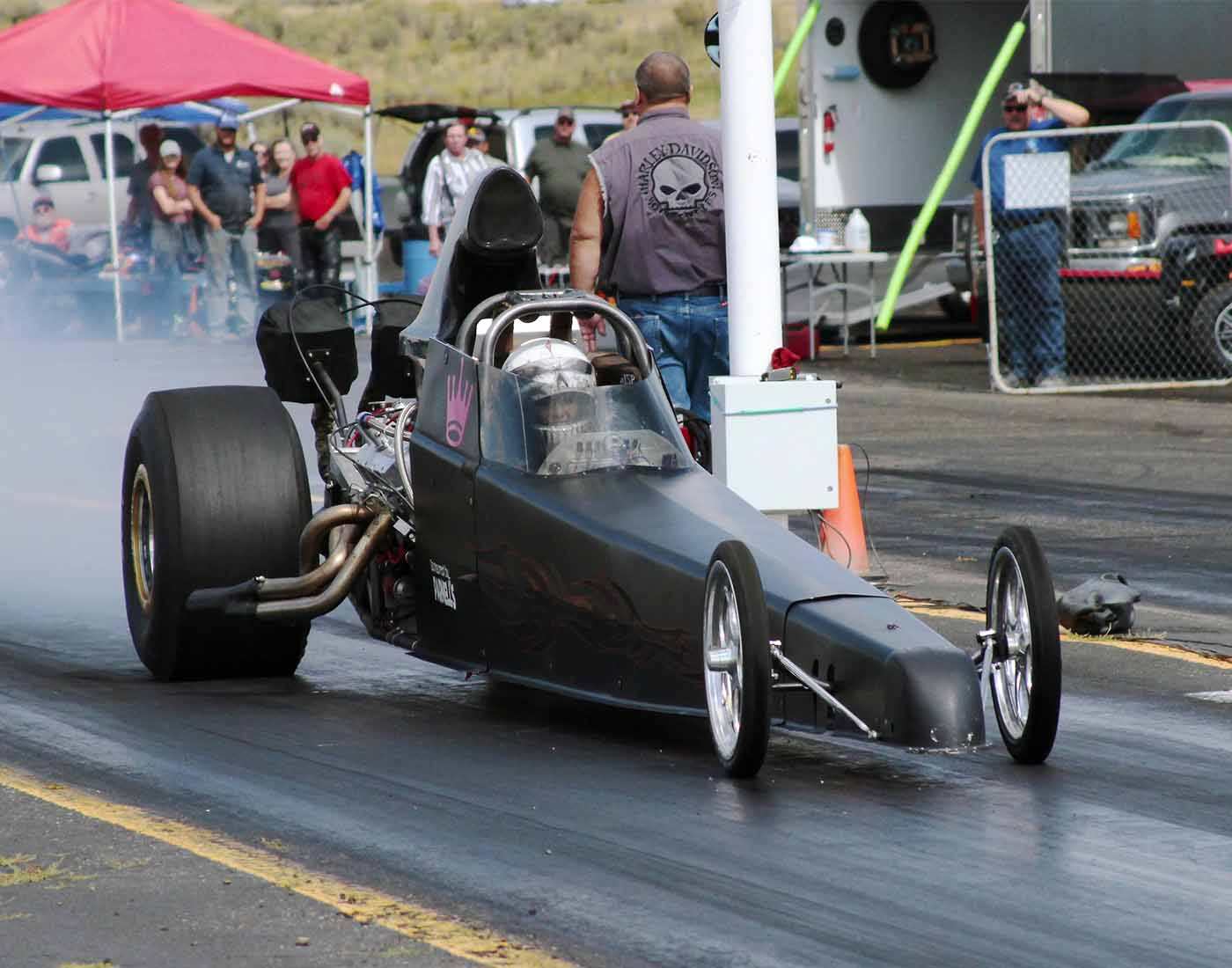 The re-runs should be followed in the same pre-determined lane by using the same car. If the drivers don't follow this basic rule, they are disqualified.

A driver is disqualified if they start the racing too early from the given starting lines, i.e. the red light or if he/she leaves the designated lane marking anytime between the race.

The sport is considered to emerge in the California desert's dry lake beds. With the advancement of the motor engines, the speeds would reach up to 100 mph. The popularity of speed racing began along with drag racing as an underground sporting event. The first-ever event organized for the drag racing dates in 1949, held at California's Goleta Air Base. With the popularization of drag racing, the National Hot Rod Association (N.H.R.A.) was established in 1951 by Wally Parks. In a decade, two successful competitions of different classes were conducted. This includes the 'Unmodified Stock' and the 'Top Eliminator' classes.

By the 1960s, more technical changes took place where electric lights were replaced in place of the earlier flagmen who used to stand between the participating cars and directs the signal to start.

In 1957 the N.H.R.A. banned the usage of nitro-methane, but by 1963 the ban was removed by the efforts of C.J. Hart. In the same era, many big brands such as the Fords, Chrysler etc. started to battle to design new versions of drag racing cars. At the same time, Funny Cars were introduced which were built by a single fibreglass piece and were required to lift so that the drivers can get inside them. Since 1970, the sport has evolved as a modern, thrilling adventurous one, for which major companies started sponsoring along with N.H.R.A. sponsorship and huge money prizes.

It is a variant of the regular drag racing competition, which is performed by using automobiles such as cars and jeeps. ,

It is a variant of the regular drag racing in which the participants drive a motorcycle to complete their race. The riders are required to accelerate up to ¼ mile long. The two participants compete against each other on the track and try to reach the finish line first. Both the participants start their race by lining up on the starting line drag strip and move on straight to their respective lanes segmented end line.,

It is a popular variant of drag racing, which involves a fair race between two vehicles with a varying potential difference. Bracket racing aims to highlight the potential of a driver with the cars. So it is not judged on the basis of speed but skills.