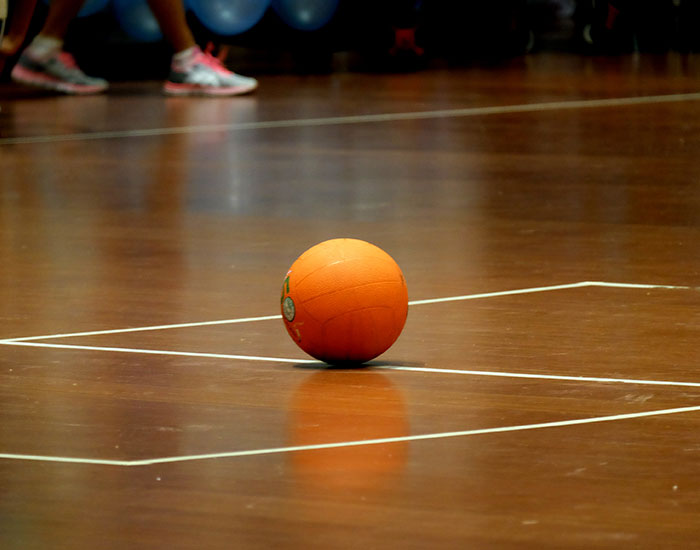 Dodgeball is usually played on a volleyball court, basketball court, fenced area or even on an Australian Rules Football court or soccer pitch. There is no particular or fixed court design for the sport. The court must have a center line, unless it is a variation the sport.