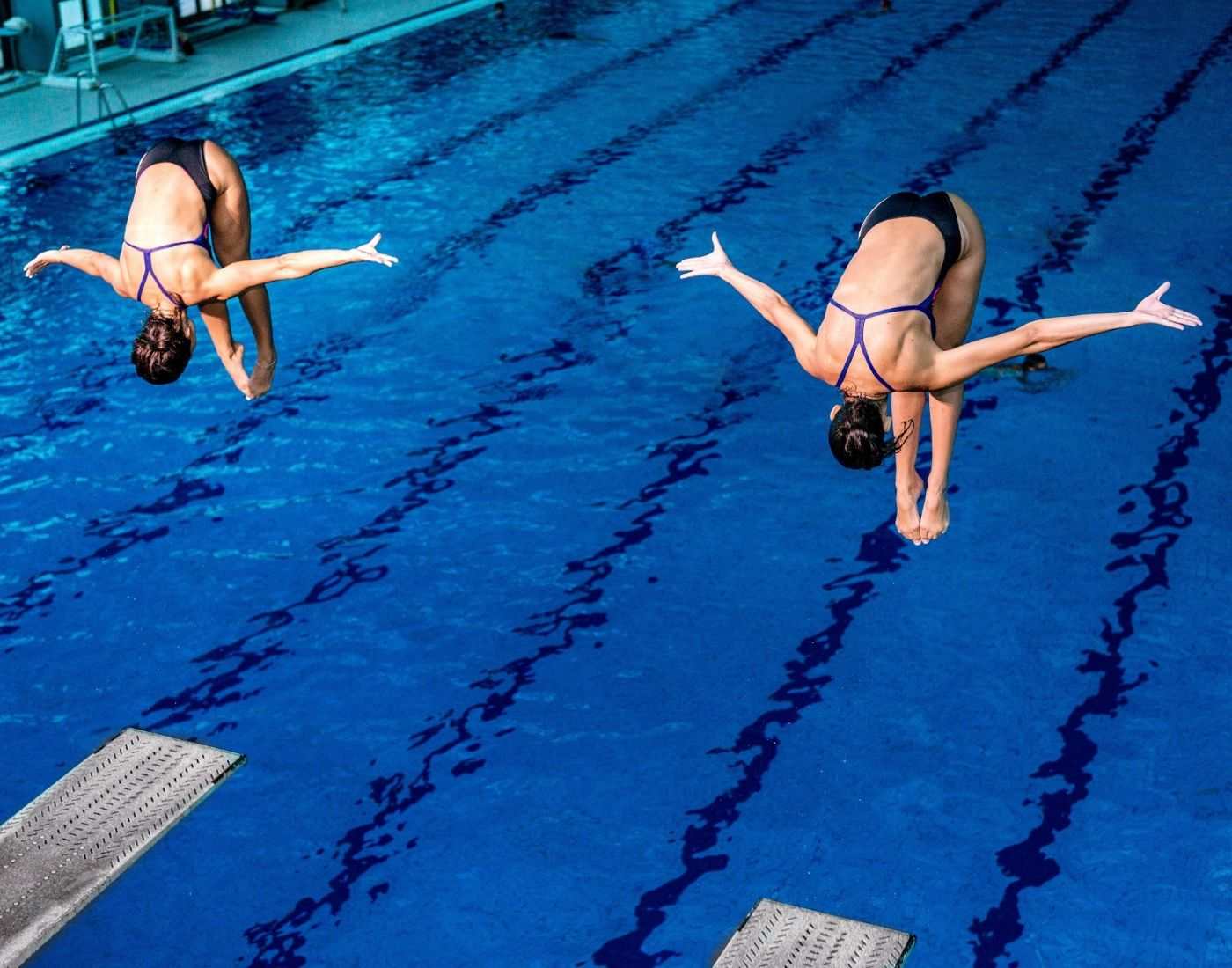 The art of jumping into the water by executing acrobatics in the air involving physical and technical skills is termed as Diving. The participants (divers) perform gymnastics in an own way after jumping off the platform or flexible springboard. It was first started as a competition in England during 1800s and evolved as Olympic sports in 1904 for men. Later in 1912, women also began participating in this competition and performed worthier.

The divers have to perform acrobatic twists and turns with the least amount of splash while submerging into the water for which they are judged and scored according to the perfection. The type of diving is chosen by the divers before the meet starts which can’t be altered later. The scores are given by judges for take-off, acrobatics in the air and the manner they hit the water surface.

Multiple creators and researchers worked hard to build up the advancements that would, in the end, change diving into what it is today:

Individual or Synchronised diving is performed by both men and women from a 10m platform. The number of dives may vary for men and women.

At present, both men and women participate in the sport. Women participated for the first time in diving at the Olympic Games of 1912, held in Stockholm

The diver faces water and dives on by rotating towards the water.

The diver stands rearward at the springboard and dives on by rotating towards the water.

In this dive, the diver faces in the direction of water but rotates towards the springboard or platform while diving.

The diver stands rearward facing the springboard and rotates in the same direction to dive in the water.

This kind of diving is performed only on platforms, beginning with a handstand and then jumping into the water.

This dive is carried out by adding a twist or combination with any of the dive move.

There are two bases from which divers jump into the water. One is a robust and nonflexible platform with a nonslip surface measuring around 20 feet long and 6.5 feet wide. The depth of the pool varies according to the height of the platform. Another medium to dive is a springboard which measures around 16 feet in length and 20 inches in breadth. It is made of a flexible and nonskid material which is 1m or 3m high from the water surface. The boards are guarded by strong rails and extended beyond the pool’s edge over the water.

Divers dive from different heights. For high diving, the height for men is 10m whereas for women; it is 9m. In the case of diving from springboard which is a flexible platform measuring 1m, men dive into the water from 11m height whereas women dive from 10m height.

The one who is responsible for conducting the events according to the rules and ensures that divers perform the same dive as chosen.

Usually, five judges give scores to each diver’s performance, but this number may exceed to 7 for major events.

The one who announces diver's name, type of diving, the degree of difficulty and final scores given to the diver.

The one who supervises the scoring table and validates the results.