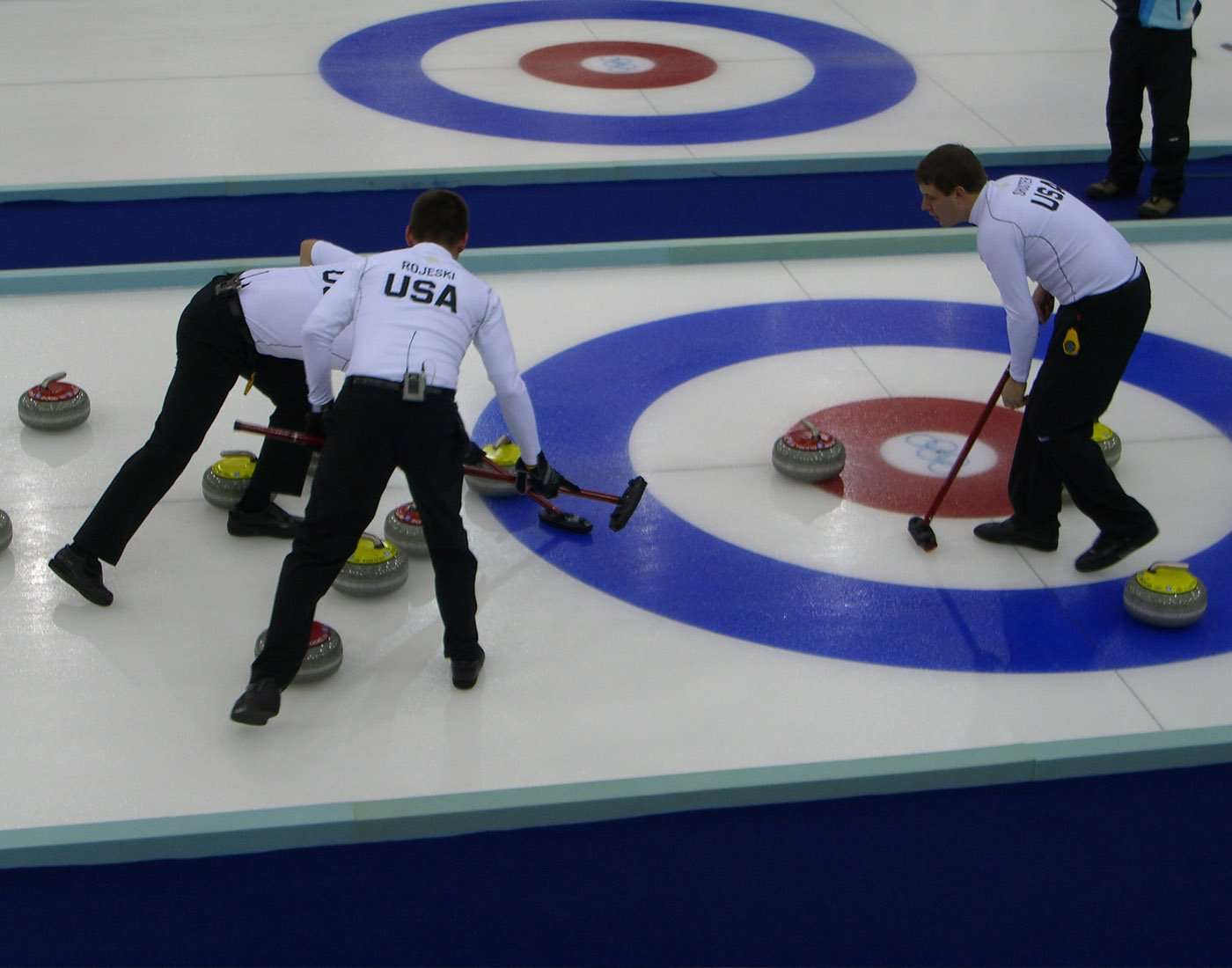 Curling is an ice sport that is played on a sheet of ice by sliding stones towards the target area, which is divided into four concentric circles. This sport is also known as the "Chess on Ice" as it requires skills, precision and strategies while playing.

It is believed that the sport was originated in Scotland in the 16th century A.D. as depicted in the paintings by Flemish artist, Pieter Bruegel, portraying a similar activity being played on frozen ponds.  The earliest evidence of Curling stones originated from the Scottish districts of Stirling and Perth from 1511. During the 1600s, stones with handles were presented.

However, in the late 18th century, this game got introduced to North America. The Curling clubs became popular in various Canadian and Northern U.S. cities in the 1850s.

By the 20th century, the sport moved indoors, and the equipment got standardized. There are more than one million Curlers in Canada and about hundred and fifty thousand in the United States. Curling has become popular and is an Olympic and Paralympic Winter sport since 1998.

The game's first rules were drawn up in Scotland and adopted by the Grand Caledonian Club, formed in Edinburgh in 1838. In 1843, the Club was renamed the Royal Caledonian Curling Club ("RCCC") with the permission of Queen Victoria and is still known by that name. The first World Championships of the sport were held in Edinburgh in 1959, for men only and later for women in 1979.

Men's Curling was incorporated into the Olympic program in 1924 at the first Olympic Winter Games in Chamonix, France. It was then dropped and later represented as an exhibition sport in 1932 in Lake Placid. Between 1936 and 1992, Curling was an exhibit sport at the Olympics. However, it was only in Nagano in 1998 that it formally joined the Olympic program. It became a regular sport for both men and women since the Winter Olympics, held at Nagano, Japan in 1998.

The wheelchair Curling is for individuals with a disability affecting their lower leg/gait function, such as spinal injury, cerebral palsy, multiple sclerosis or leg amputation.

Wheelchair Curling is a mixed team discipline which comprises of male and female players. The delivery of the stone takes place with the help of delivery stick and there is no sweeping.

The main objective of the game is to score more points than the opposing team by sliding the granite stones on the ice sheet such that they come to rest within the ‘house’ and as close as possible to the ‘tee’ .

In women’s, men’s and wheel chair Curling, the teams can have an additional fifth player known as the Alternate (a substitute).

Each team has a Skip (Captain) and Vice-Skip (Vice-Captain) to direct the play for the team. The playing positions are commonly known as Lead, Second, Third and Fourth.

The equipment used in Curling are:

1) Curling Stones: These are circular and are made of granite quarried from the Ailsa Craig off of Scotland, which consists of a plastic handle that allows control at the release.

5) Curling Gloves: Lightweight gloves are worn by Curlers for a better grip of the broom and to keep their hands warm.

The team's Skip stands in the house and guides the player who is sliding the Stone as to where to deliver the stone. The player sliding the stone must release it before it crosses the nearer hog line. The other two players / teammates sweep the ice with the Curling Broom in front of the Curling Stone to help the stone travel farther. A game has ten ends. Each of the four players in the team deliver two stones during each end, alternatively, with the opponent making 16 stones per end. This rotation is maintained throughout the game. There are three types of shots - a Guard, a Draw and a Double Takeout. The team with the hammer / last stone draw is more likely to win the end.

Scoring is done after each "end", with whichever group’s Stone is nearest to the centre of the house being granted a point. Further points are granted for each stone that is nearer than the best of the opposition. 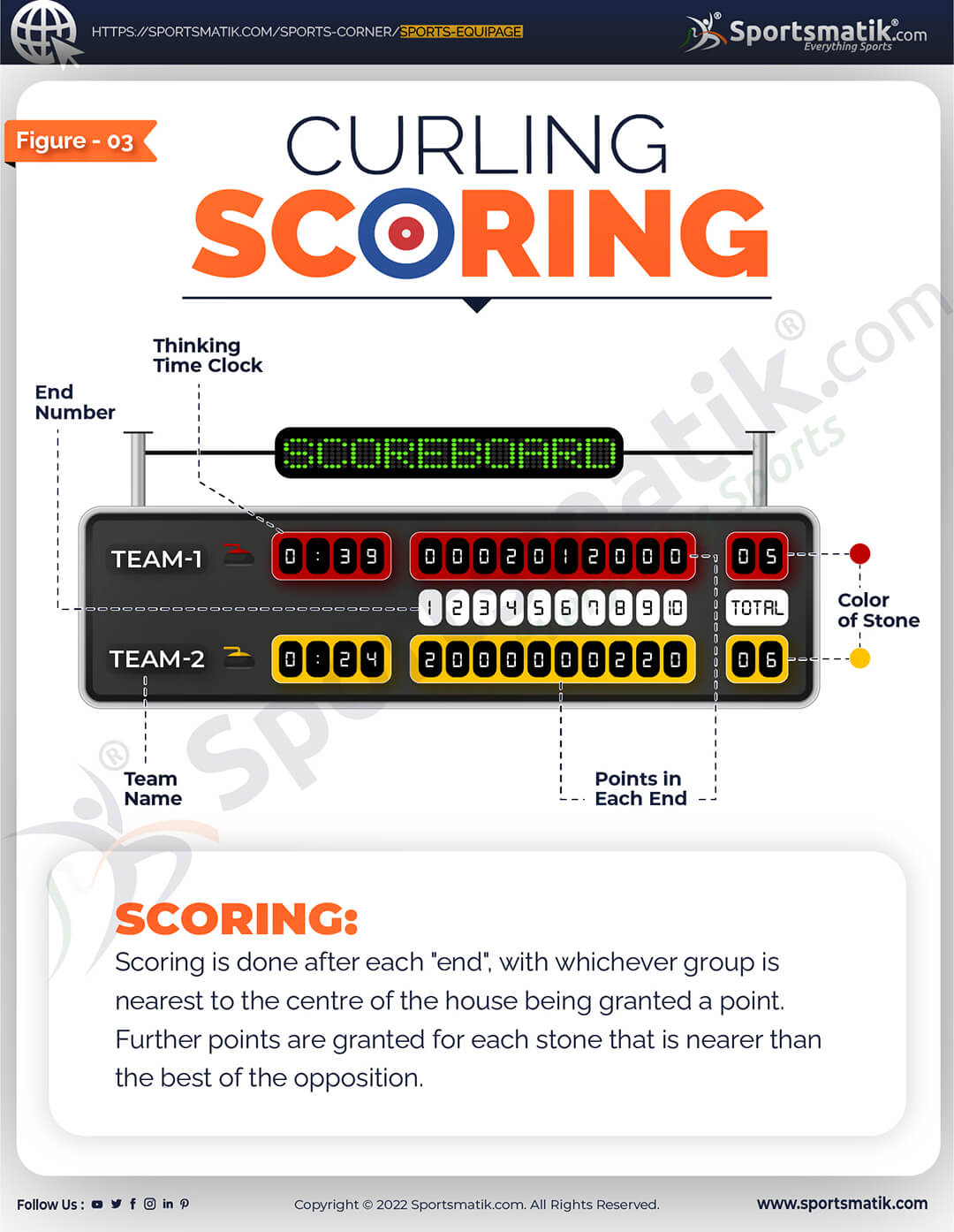