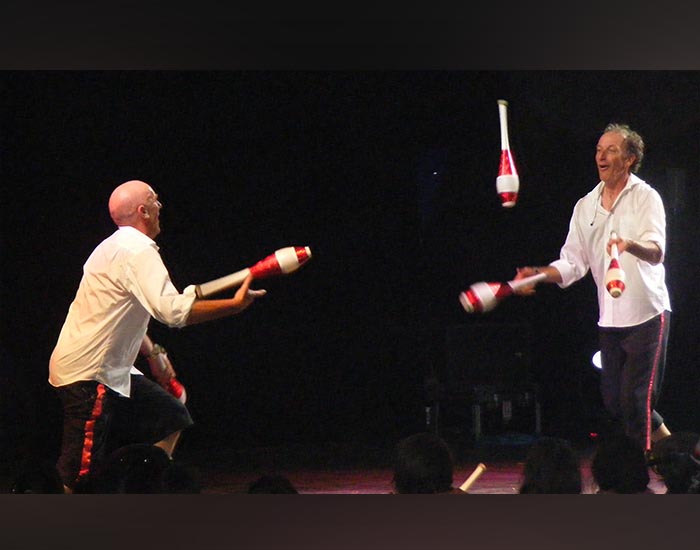 A penalty is awarded to the participant’s if -

In this variant, if the players drop any of the clubs, they lose points whereas; the other player who maintains juggling for the longest time wins the match. To win the match, a player is required to keep juggling the clubs without dropping them or losing the balance.

It is a team event. In this variant, a particular number of players participate in various open teams. The players try to interfere with other participants so that they remain the last one in the team to juggle. ,

It is five on five combat, in which 5 players from each team goes against each other. The participants are required to control two clubs even after losing the third one. While maintaining this trick, they are regarded as the Zombie. The zombie players aren’t allowed to move but to attack other participants from the position.,

In this variant, a team with 2-5 players alternates their position as the offensive or defensive teams. The offensive team has the opportunity to select the runner for the team. Each round is played for 10 minutes.,

This variant is based on rotating each team member inside a circle of 12 feet diameter. The competitors can use any attacking method to push their opponent’s outside the circle without being violent. Any team that scores maximum points after 5 minutes round are declared as the winner of the match. ,

In this variant, the competitors combat in a one-on-one manner for one minute. The participants either perform a 3 up 360 or try to attack their opponents. The jugglers perform multiple spins with three clubs. If a tie occurs, the players are provided an extra 30 seconds.