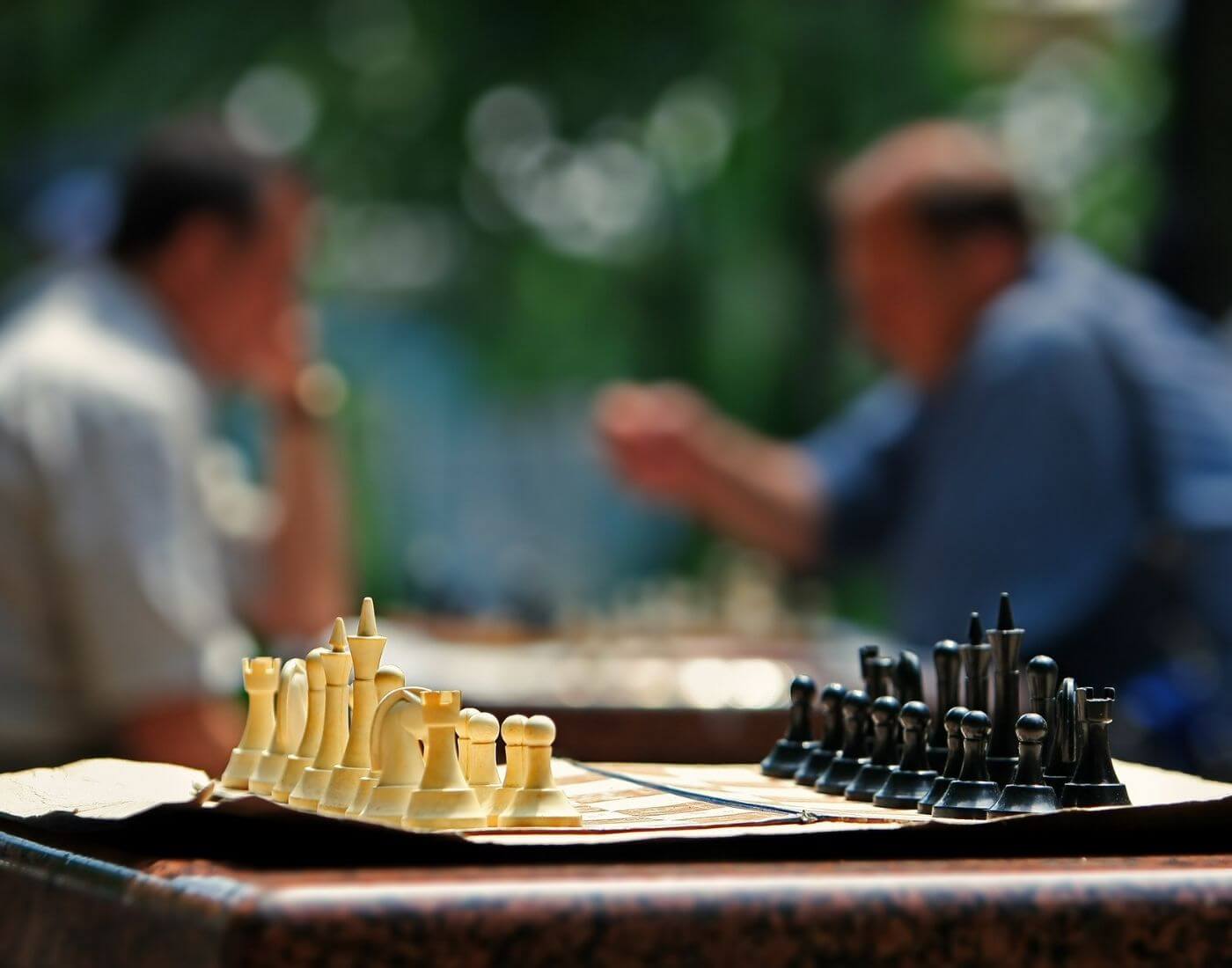 Chess is a board strategy game played by two players on a chessboard. The game is very famous all around the world and is played by the people of all ages. Chess is believed to have been originated in India during the 7th Century and is derived from the Indian game of chaturanga.

Chaturanga is said to be the founder of other Eastern strategy games such as janggi, xiangqi, and shogi. Fédération Internationale des Échecs (FIDE) is the official federation that governs the sport. It was a recognized sport of the International Olympic Committee, until recently, and was also included in the Asian Games of 2006 and 2010 Asian Games.

The principal purpose of the game is to “checkmate” the opponent by capturing his/her king in an inescapable way. In addition to checkmate, the game can also be won by voluntary resignation by the opponent player.

This stage occurs when too much of material is lost, or in the case where the checkmate appears to be impossible. Chess can also result in a draw in several ways.

The historical backdrop of chess can be followed back almost 1500 years, even though the most accurate timing of its beginnings is questionable. The primary ancestor of the game likely started in India, before the sixth century AD; a minority of history specialists trust the game began in China. From India, the game spread to Persia. At the point when the Arabs vanquished Persia, chess was taken up by the Muslim world and in this manner spread to Southern Europe. In Europe, chess advanced into its present structure in the fifteenth century.

"Romantic Chess" was a popular variant of chess from the late fifteenth century to the 1880s. Chess rounds of this period accentuated more on fast, strategic moves as opposed to long haul tactical planning. The Romantic time of playing chess was trailed by the Scientific, Hypermodern, and New Dynamism eras. In the last half of the nineteenth century, present-day chess competition play started, and the first World Chess Championship was held in 1886.

The twentieth century saw incredible jumps forward in chess theories and the foundation of the World Chess Federation (FIDE). Advancements in the 21st century incorporate the utilisation of PCs for investigation, which began during the 1970s with the first programmed chess games available. Web-based gaming of chess showed up in the mid-1990s.

It is played by two players who compete against each other. By convention, the pieces of the game are classified into white and black sets, and the players are referred to as “White” and “Black” respectively.

Each player commences the game with 16 pieces: one king, one queen, two rooks, two knights, two bishops and eight pawns. All the six piece types move in a different way, the most powerful being the queen and the least the pawn. The player with the white pieces moves first, and after the first move, the players moves the pieces alternatively as per their turn.

The three type of events that are held in chess are-

The game is played on a specific game board with chess pieces, known as the chessboard. The board has a square circumference with alternating box patterns. The chessboard serves as an essential key for playing the game.

A clock is used where players move in turns. It consists of two clocks with buttons which are used to stop one clock and start the other. It is used to keep track of the time that each player takes during his/her turn.

The stage which usually consists of the first 20 to 25 moves, wherein the player develops their pieces in a way and setup a platform for the further moves.

It is the developed phase of the game.

It is the stage where nearly all the pieces are gone, and the Kings begin to take an active part in the fight to survive.

The game can be played anywhere that allows the players to sit comfortably. However, the primary playing equipment on which the game is played is the chessboard which is constituted of 64 squares in an eight-by-eight grid.

Two types of colors are used to differentiate the blocks; each of which is painted with a different color. The chess pieces are placed on the blocks as per the place assigned to them.

The principal purpose of the game is to “checkmate” the opponent by capturing his/her king in an inescapable way. In addition to checkmate, the game can also be won by voluntary resignation by the opponent player.

This stage occurs when too much of material is lost, or in the case where the checkmate appears to be impossible. Chess can also result in a draw in several ways.