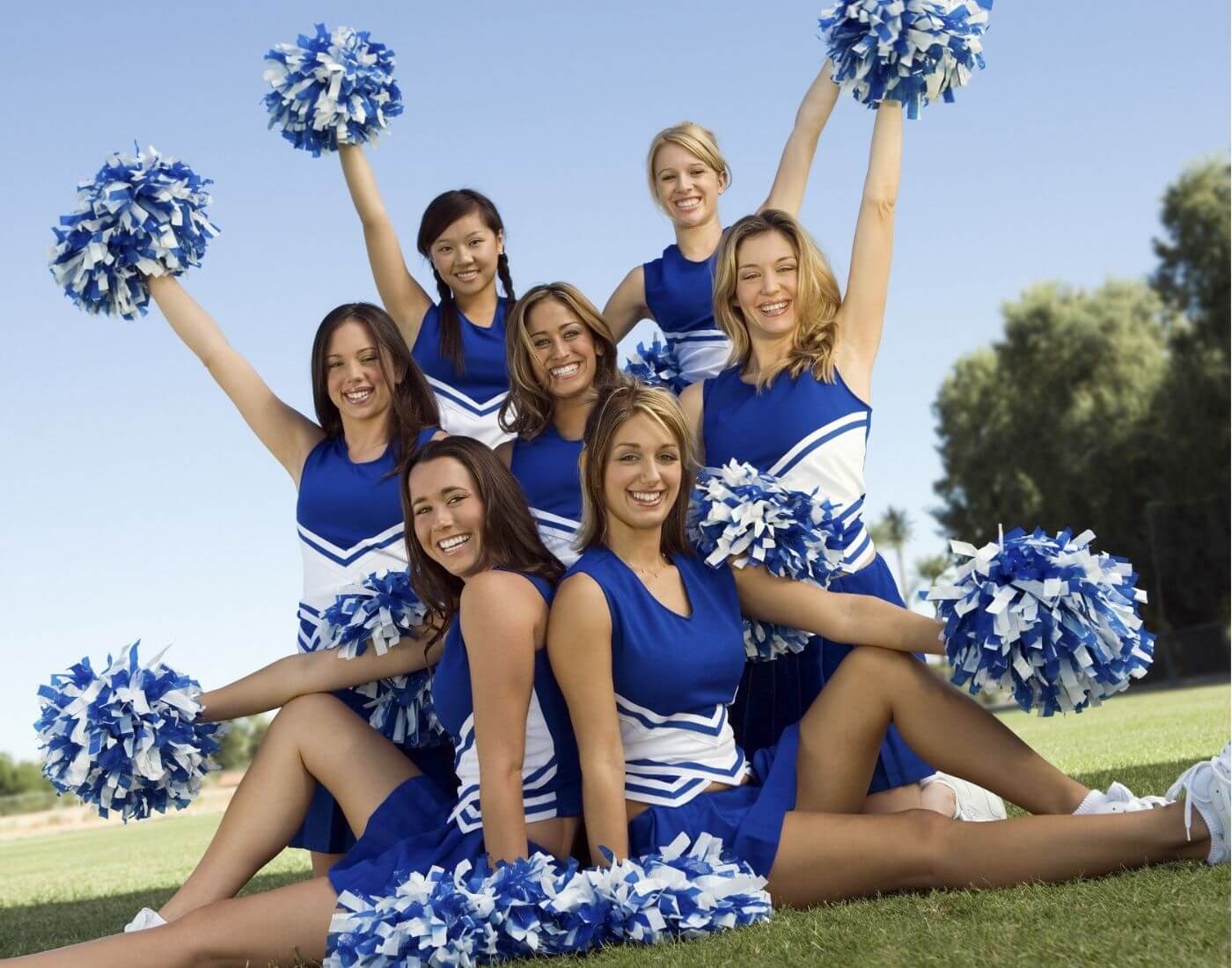 Cheerleading is an entertainment sport that ranges from chanting to strenuous physical activity for motivating sporting teams, entertaining spectators, or competition based on organized routines. The competitive rounds typically range from one to three minutes and contain elements of dance, jumps, cheers, tumbling and stunting. Cheerleading began in the United States, and remains majorly in America, with a predicted 1.5 million members in all-star cheerleading.

It was started during the late 18th century with the insurgence of male students, and after the American Revolutionary War, students encountered harsh treatment from teachers. Organized cheerleading began as an all-male activity whereas the female cheerleaders were overlooked for a very long time until the mid-1940's where they started participating in the school and collegiate level cheerleading programs.

The sport of cheerleading originated in late nineteenth-century Minnesota. Soon after that, numerous colleges started to form their separate male cheerleading squad (which were then called yell leaders). For the first few decades, the team consisted of only men until 1920 when women also started to join cheerleading teams.

In 1948, Lawrence "Herkie" Herkimer, a cheerleader at Southern Methodist University formed the National Cheerleaders Association (NCA) to hold the first cheer clinic. He is also credited with inventing the basic rules and regulations of cheerleading as well as create some new moves.

The very essential and fundamental cheerleading piece of equipment, the pom-pom, was invented in 1930. These early models were made up of paper and came apart quickly until the new pom-poms made up of vinyl or other artificial materials came up in the mid-1960s.

The first cheerleading competitions started to happen in the 1980s and were organised by the National Cheerleaders Association and other groups. After that, cheerleading evolved into a full-fledged sport with a hell of tricky manoeuvres to master.