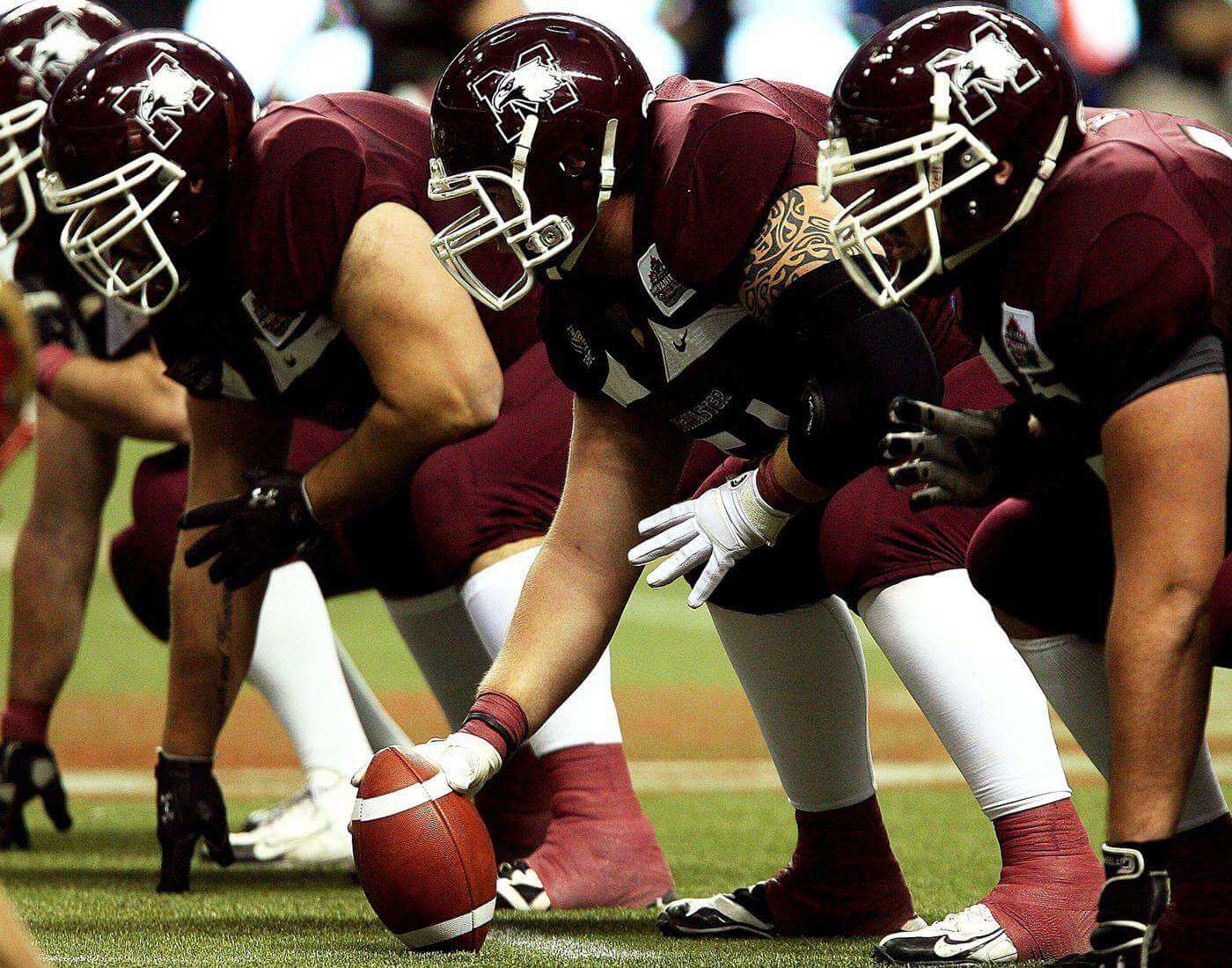 There are a no. of rules to contact in Canadian rules football. The first rule is that that, the only player on the field who may be legally tackled is the player who is the ball carrier. Second, a receiver, i.e. an offensive player is sent down the field to receive a pass, may not be interfered with unless he is within one yard of the line of scrimmage (instead of 5 yards. Any player may block another player's way, so long as he does not hold or stumble the player he intends to block. The kicker may not be contacted after the kick but before his kicking leg returns to the ground, and the quarterback who already has thrown the ball, should not be hit or tackled.

The Burnside rules intently looking like American football (which are similar guidelines created by Walter Camp for that sport) that were joined in 1903 by the ORFU, was a push to distinguish it from a more rugby-arranged sport.

The Burnside Rules had teams diminished to 12 men for each side, presented the Snap-Back framework, required the attacking team to pick up 10 yards on three downs, disposed of the Throw-In from the sidelines, permitted just six men online, expressed that all goals made by kicking were worth two points and the opposition should line up 10 yards from the defenders on all kicks.

The rules were an endeavour to institutionalise the standards all through the nation. The CIRFU, QRFU and CRU wouldn't embrace the new standards at first. Forward passes were not permitted in the Canadian games until 1929, and touchdowns, which had been five points, were expanded to six points in 1956, in both the two cases a very long while after the Americans had received similar changes.

The Canadian field width was one guideline that did not depend on American policies, as the Canadian game was played in more extensive fields and arenas that were not as restricted as the American arenas.

At the commencement of a match, a coin is tossed by the official in the presence of both captains of the teams and allows the captain of the visiting team to call for heads or tails.

The game begins at the start of each half with one team place-kicking the ball from its own 35-yard line. Both teams then strive to catch the ball. The player who recovers the ball may run while holding the ball, or lateral throw the ball to a teammate.

The play halts when the player who is carrying the ball, his knee, elbow, or any other body part aside from the feet and hands, is forced to the ground (a tackle) or when a forward pass is not hooked on the fly (during a scrimmage) or when a touchdown or a field goal is obtained; when the ball leaves the playing area by any means or when the carrier of the ball is in a standing position but can no longer move forwards. If no score has been made, the next play starts from a scrimmage.

Before the scrimmage, an official puts the ball at the spot it was at the stop of clock, but not closer than 24 yards from the sideline and/or 1 yard from the goal line. The line parallel to the goal line passing through the ball is mentioned to as the line of scrimmage.