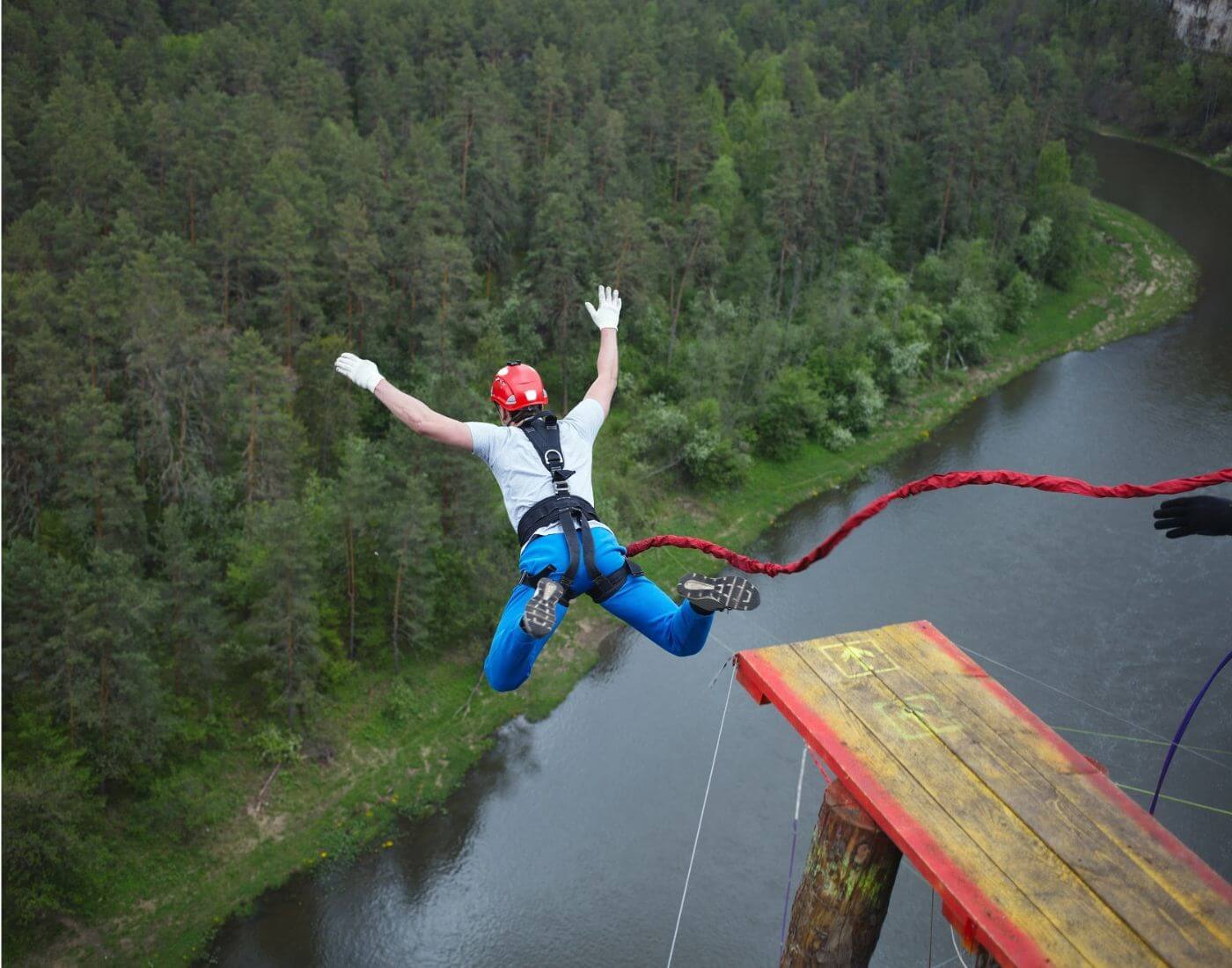 Bungee jumping also pronounced as bungy jumping, is an extreme sport that involves a lot of thrill and excitement. It is an activity that includes jumping from a height while connected to a large elastic cord. The tall structure is usually an object that is fixed, it could be a building, a bridge or crane; but it is also possible to jump from a mobile object, such as a helicopter or a hot air balloon.

The main thrill of the sport comes from the free-fall and then the rebound as when the person jumps, the cord stretches making the jumper fly upwards again as the cord recoils and keeps on oscillating up and down until all the kinetic energy is evanesced.

The first modern Bunjee jump was seen on 1st April 1979 performed by David Kirke (the founder of Oxford University Dangerous Sports Club) and Simon Keeling (another member of the club) along with Geoff Tabin who was a professional climber. The jump was performed from the Clifton Suspension Bridge in Bristol (250 Foot high) and were shortly arrested after the act but they continued exploring the thrill with their jumps from the Golden Gate Bridge and the Royal Gorge Bridge. The idea came up from the ritual called vine jumping"carried by the residents of Vanuatu. Later on, the concept was adopted by other countries and earned much prominence amongst extreme sports lovers. Bloukrans River Bridge is known as the first bridge to be bungee jumped off in 1990. Before modern bungee jumping, Land diving was the prominent ritual practised in Vanuatu where young boys used to jump off from tall wooden platforms with vines tied around their ankle to test their courage and manhood.

As perfectly defined by the name, in catapult or Reverse bungee, the jumper standing on the ground or base is tied with a body harness and elastic ropes. With fine stress applied on the ropes and then released, the jumper is then shooted up high in the air.