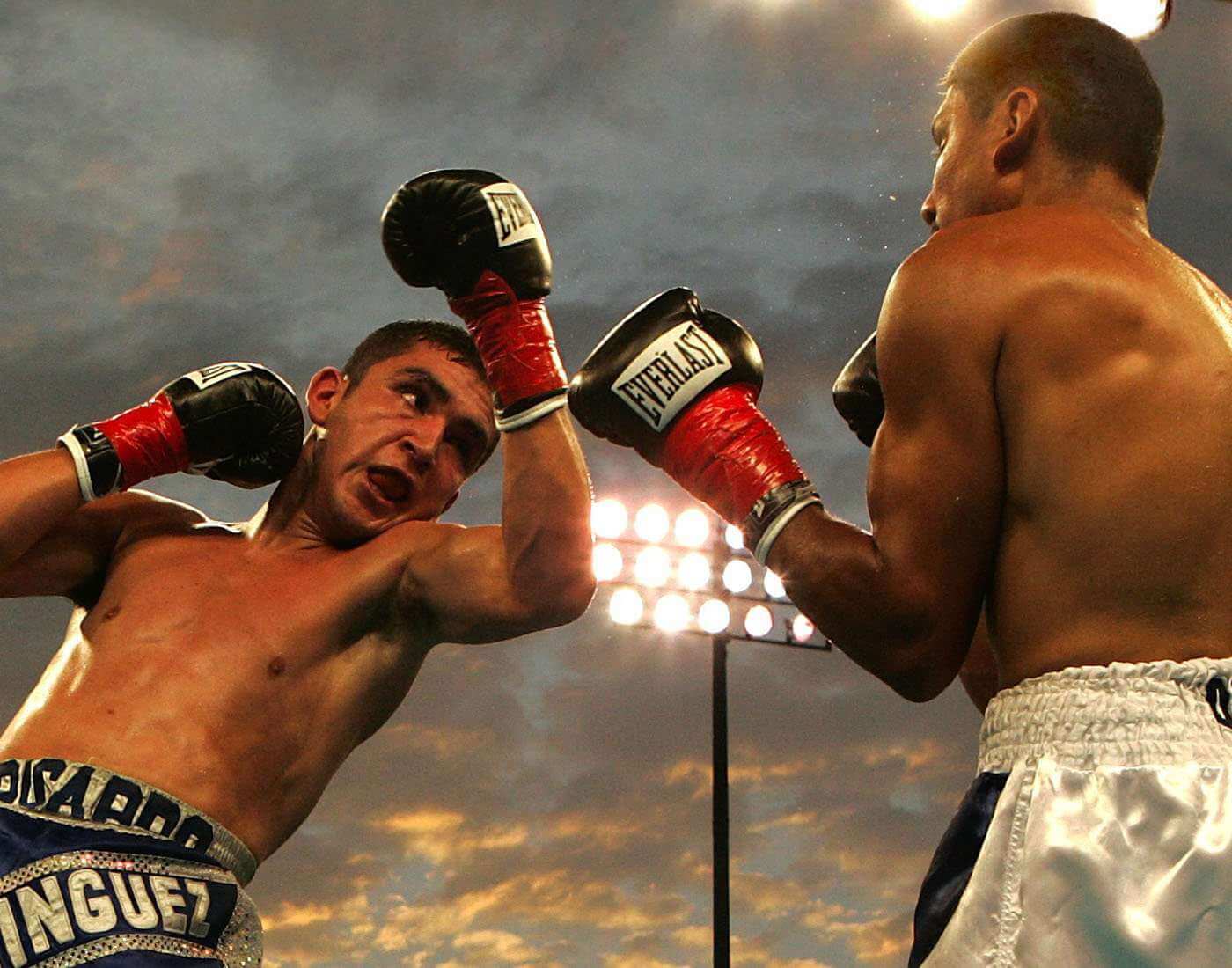 Lightweight shoes with no heels are worn by boxers that provide ankle support and a good grip.