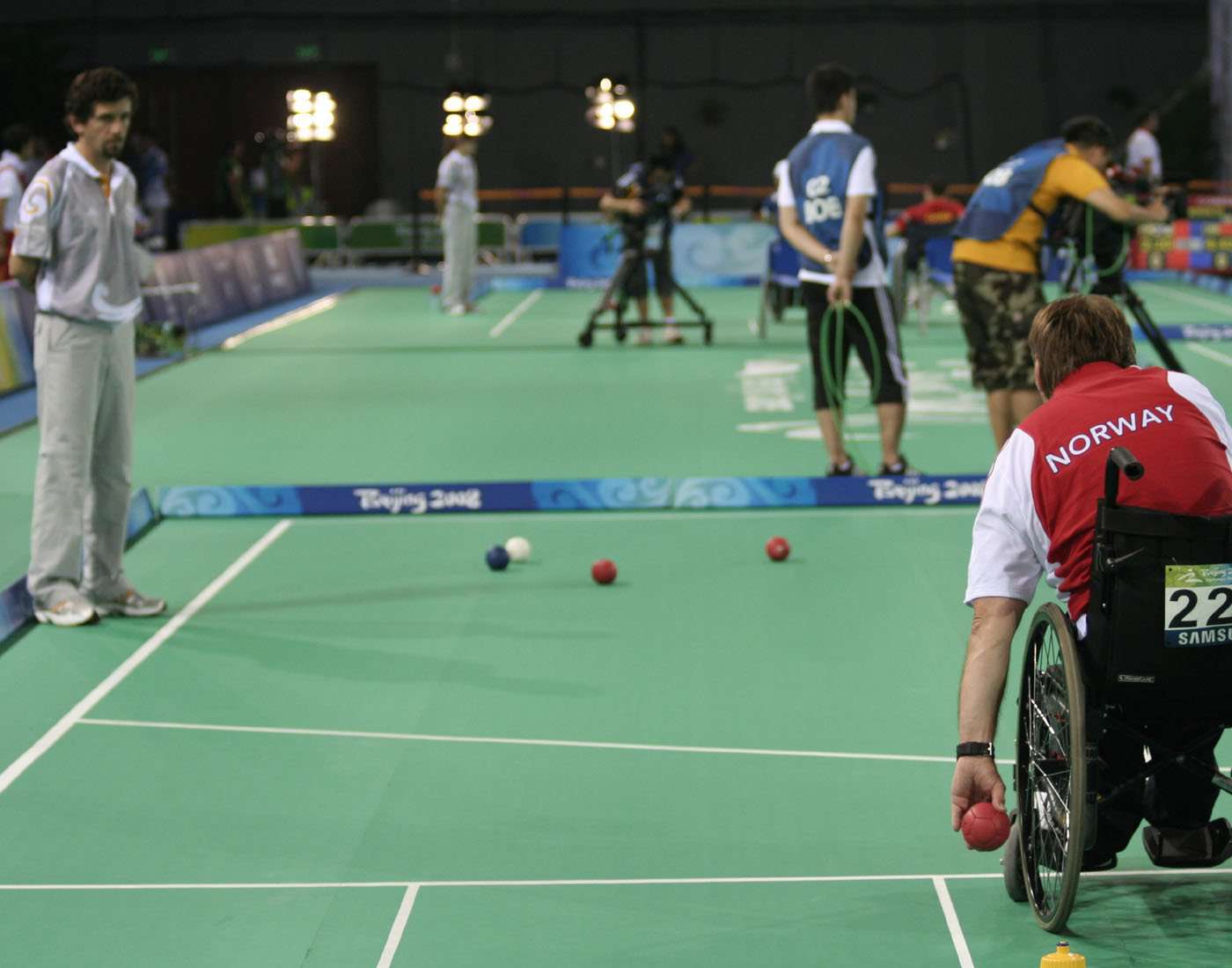 Boccia is a precision sport played by players with severe physical disabilities. Players with cerebral palsy originally played the sport, but now it is played by people with other disabilities affecting motor skills. It is a ball sport similar to bocce, bowls and petanque. The sport made its Paralympic debut in 1984 in New York, the USA in which a total of 19 players participated from five different countries.

Now the sport is contested locally, nationally and at the international levels and is practised in over fifty countries worldwide. It is one of the only two Paralympic sports which do not have any counterpart in the Olympics.

Male and female players compete either as individuals or in pairs or teams of three (mixed gender).

The playing area for Boccia is a 12.5 x 6 m flat and smooth-surfaced court with 2 meters of space around it. The throwing area of the court is divided into six rectangular throwing boxes from which the athletes throw the balls and remain within it throughout the game. The court is also marked with a V-shaped line which the jack must cross over for the throw to be valid. The center of the playing court is marked with a ‘+’ sign where the jack must be placed it crosses the boundary line or in the case of a tie-break. A dead ball container is placed at the end of the court in which balls are put if they are thrown out of the playing area or in the case of a rule violation during the throw.

The game is played by two sides (single player, pair or team) and each side has six balls per "end". The first side to throw the jack and a toss decides the first ball.

Boccia competitions consist of a series of ends. An individual or a pair game consists of four ends while a team game consists of six ends. An "end" continues until all 13 balls (including the 6 red, 6 blue balls and a white jack ball) are propelled onto the court.

To be able to participate in the sport, the player must have a disability and be in the wheelchair. Based on the disability type, players are assigned a disability class:-

A point is awarded for each ball that is closer to the white jack than the opponent’s closest ball. The player or the team with the highest scores at the end of the play is the winner.

Referee regulates the match, measures the distance between the coloured balls and the jack and award points on this basis.