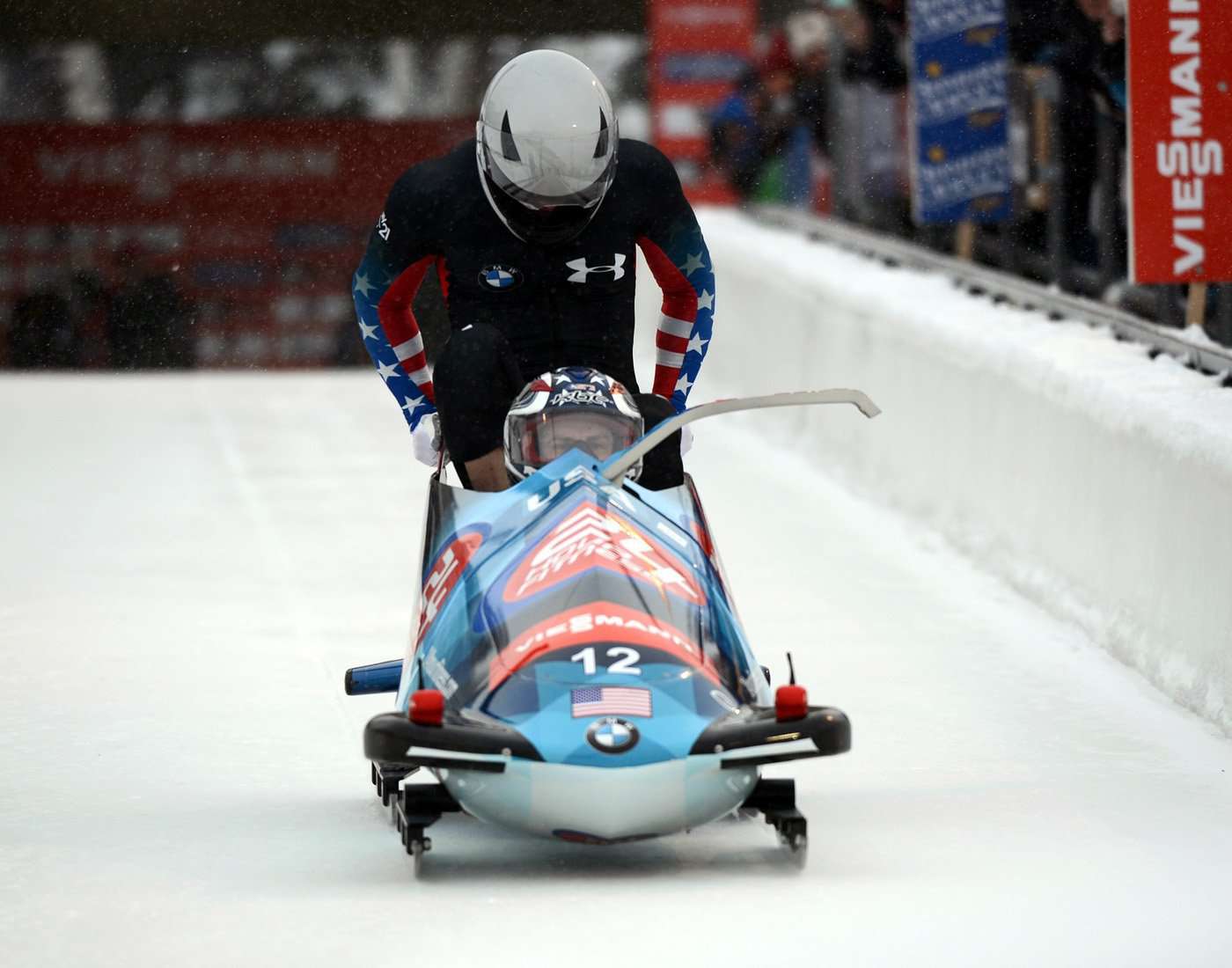 Bobsleigh is a winter sledding sport in which two or four-person crew rides a bobsleigh on ice tracks. This sport was invented in the late 19th century when a steering mechanism was attached to a toboggan. In 1897, the first bobsled club was founded in St. Moritz, Switzerland after which the sport became popular in Europe’s leading alpine resorts.

The sport got its name when some of the competitors used the technique of bobbing back and forth inside the sledge to increase its speed. Bobsledding is a part of the Winter Olympics. The global governing body of bobsledding is IBSF, originally known by its French name Fédération Internationale de Bobsleigh et de Tobogganing (FIBT).

Crews of two or four racers compete by riding the bobsled at the fastest speed possible for them. A bobsleigh crew consists of a pilot, a brakeman and two pushers (only in the four-man event).,

The bobsleigh clothing or bodysuit has a streamlined look. The brakeman wears a Kevlar vest to avoid burn injuries. This unrestrictive suit is also used in skiing, skeleton, and luge.

Bobsleigh gloves are made up of soft, thin leather for enhanced gripping. The grain and pores present in the gloves are added to amplify a unique feature to assist a firm grip while steering or pushing the sled. The gloves are soft and have a firm fitting. However, the fitting doesn't interfere with the movement of hands.

Bobsleigh helmets are an essential piece of equipment. The helmets act as a safety guard for the head, neck and face.

The  bobsleigh shoes are manufactured of synthetic materials. In each shoe, reflective markers are adjoined at the front and middle. While a bobsleigh run, the foot tends to bend. If the shoe doesn’t support this bending, then the speed of the bobsledder can get affected.

The sleigh used in bobsleigh is manufactured to have high speed and efficiency. The equipment should be strong as two or more athletes climb and travel at almost 135 km/hr speed, encountering 5G force in some turns.