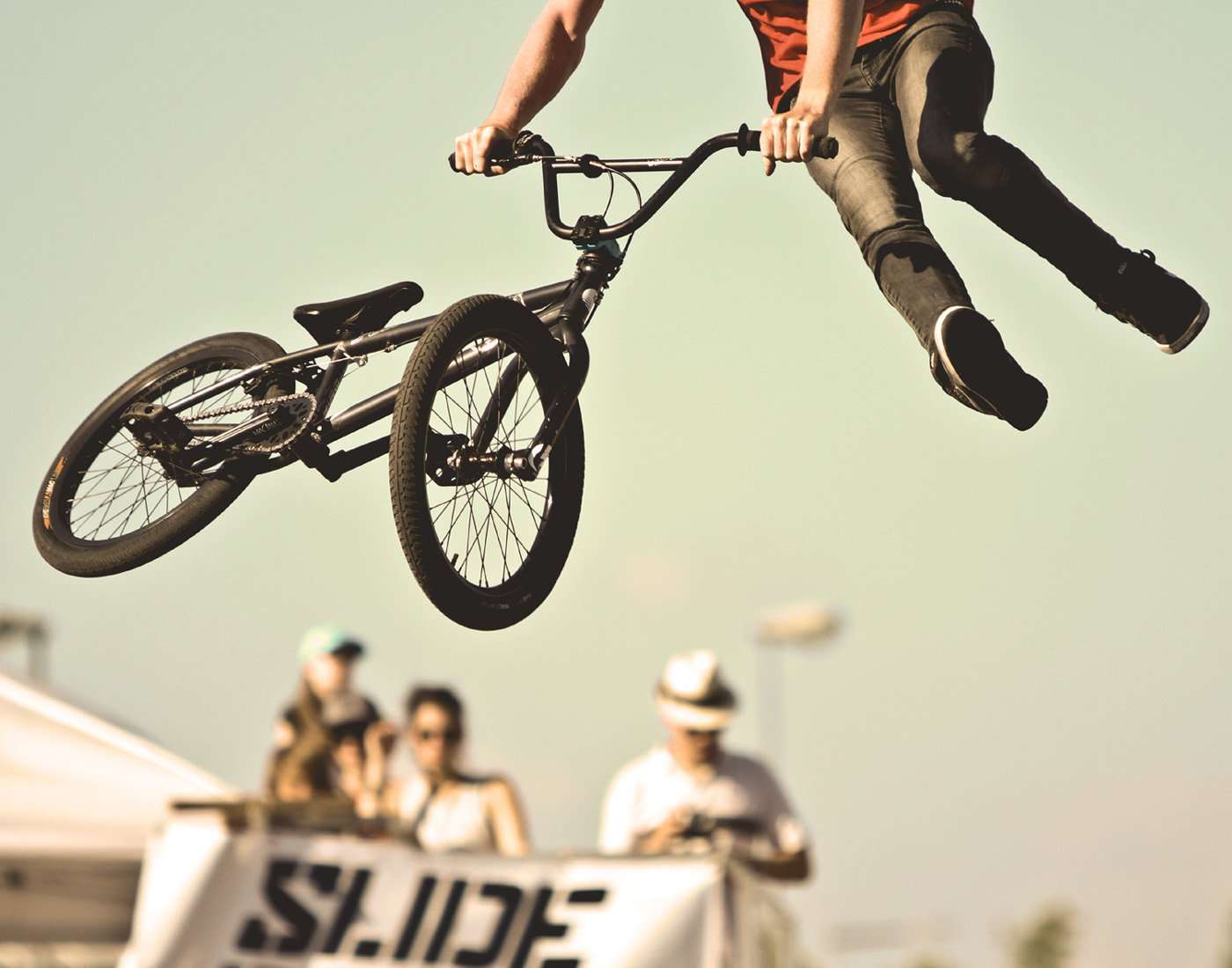 BMX, a bicycle sport, is predominantly performed on BMX bikes on the off-road with two competitive events; BMX racing and freestyle BMX. BMX started when young cyclists appropriated motocross tracks for recreation, fun, stunts and with time specialized BMX and competitions came into picture. BMX was first played in the United States during the early 1970s when children and youngsters inspired by the motocross stars of that time, started racing their bicycles on dirt tracks in South California. The sport is officially governed by UCI and the body is responsible for organizing world level competitions. It also became a medal sport in the Olympics from the year 2008.

Both male and female cyclists participate in separate competitions that are organized for both the genders in BMX races. A maximum of eight riders compete in each race.

It is an off-road racing. These races are sprint races that are performed on specifically built off-road single-lap race tracks.

It is a stunt riding on BMX Bikes which consists of five disciplines:-

BMX bikes have a rigid framework with forks, high-rise handlebars, and cassette gears. The construction of the bikes is robust and durable.

Gloves are used by riders for better grip and protection from hands slipping on the bars and are also used to prevent blisters.

The riders wear full-length racing trousers made of tear-resistant materials with padded knees that are usually made of nylon or sail clothes.

BMX riders wear long-sleeved loose fitted jerseys with padded elbows that extend to the waist and must be tucked in.

Riders wear shoes having grooves on the sole to fit properly on the pedals.

The BMX track is a specifically built track on which the BMX races are organized. It includes a start gate, a finish line, and three turns in between.

The BMX bikes just have one rear break which should be positioned on the right hand side of the bike and not left.

In order to break safely and in a controlled way, the rider should practice the following:-

A total of 8 riders competes in each race, and they start from the starting gate to begin the sprint. The riders then race around the track from both the staring and the finishing end by riding one lap only of the purpose built BMX dirt track.

The BMX race is divided into three phases- the time trial, the qualifiers and the final.

The Use Of Flags

BMX is a contact sport but the riders are not allowed to harm the other rider intentionally. Any rider found doing the activity will be warned and subsequently will be disqualified from the race.

Each racer’s bicycle must bear a number plate which should be 20cm in height and 25cm in width.

Awareness Of The Other Riders

The race is done along with other riders so one should keep in mind the safety and tactical advantages for themselves.

Therefore a rider should follow the following points in order to ride safely and comfortably:-