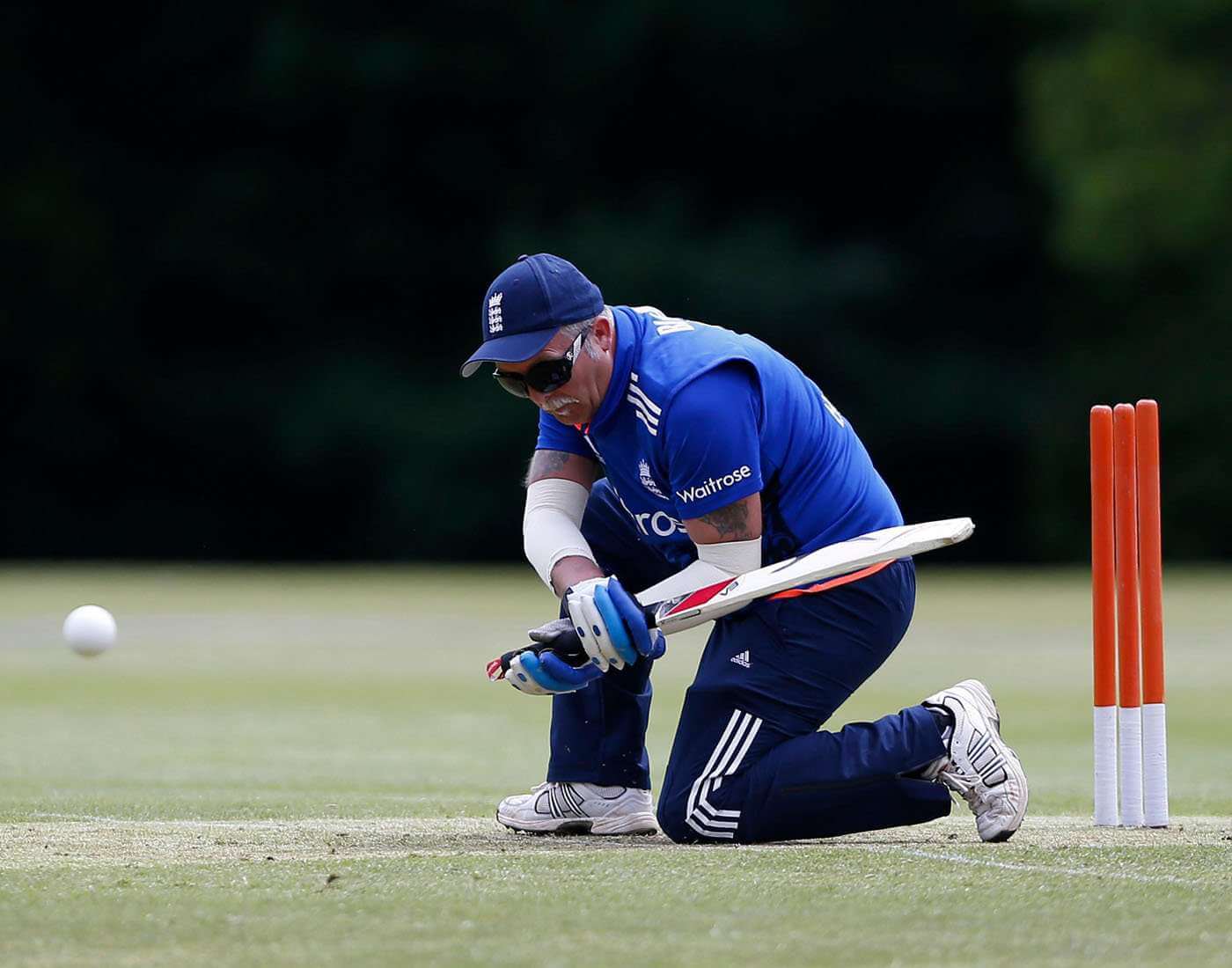 Conduct Of The Game

The captains of both the teams are required to be responsible at all the times for ensuring that the play is conducted within the laws and with the Spirit of the sport.

The spirit of the game involves respect for:-

3. The role of umpires

4. The traditional values of the game

The organisers will arrange for the scorers in the match.

The regular cricket bat with standard specifications is used.

The ball used should be approved by the World Blind Cricket Council.

Each set of wicket shall constitute of three wooden stumps, plastic or metal if in case the match is being played in the artificial surface. The wickets should be fluorescent orange or yellow. Removable bails are not permitted in international blind cricket.

Two umpires and a match referee officiate the match. All three have to be well versed with the WBCC International playing rules. WBCC is authorised to assign matches to the umpire.

The officiating umpires will call out for the no. of runs scored by the batsman after each shot or boundaries scored. This is in contrast to the visual signals they make to the scorers.