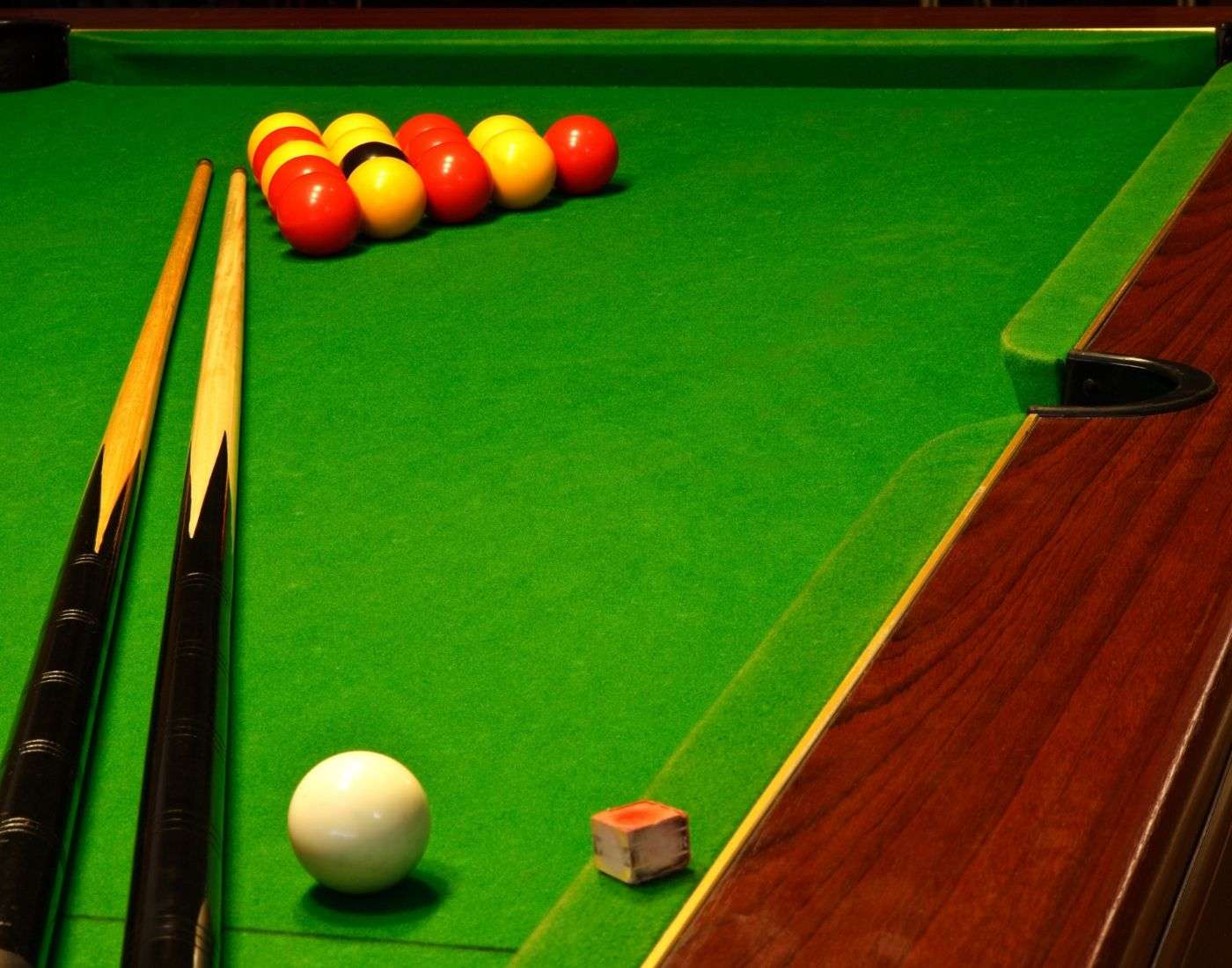 Individuals (one player each side) or teams of two players (with the players alternating in each turn) compete to win the game.

When the cue ball hits both other balls on the table, it is known as cannon. It scores two or three points based on the order of hitting. A player can score a maximum of 75 consecutive cannons in a game.

When the cue ball hits any one of the other two object balls in such a way that the ball (object ball) goes into the pocket is known as a winning hazard.

When the cue ball hits any one of the other two object balls in such a way that the cue ball goes into the pocket is known as a losing hazard. A player can score a maximum of 15 consecutive hazards in a game, whether winning, losing or both.

The snooker table has rubber rails known as cushions and the baize-covered slate bed which is about 2 inches thick. A straight line is drawn at 29 inches from one end of the table (the bottom cushion) and is called the Baulk-line and the 29 inches area is known as the Baulk In which a semi-circle of 11.5 inches radius is drawn called a 'D' which has its center at the middle of the baulk-line.

Maintains a record of each stroke played, fouls made, cannons and hazards, points scored by each player and also makes all calculations in the game.