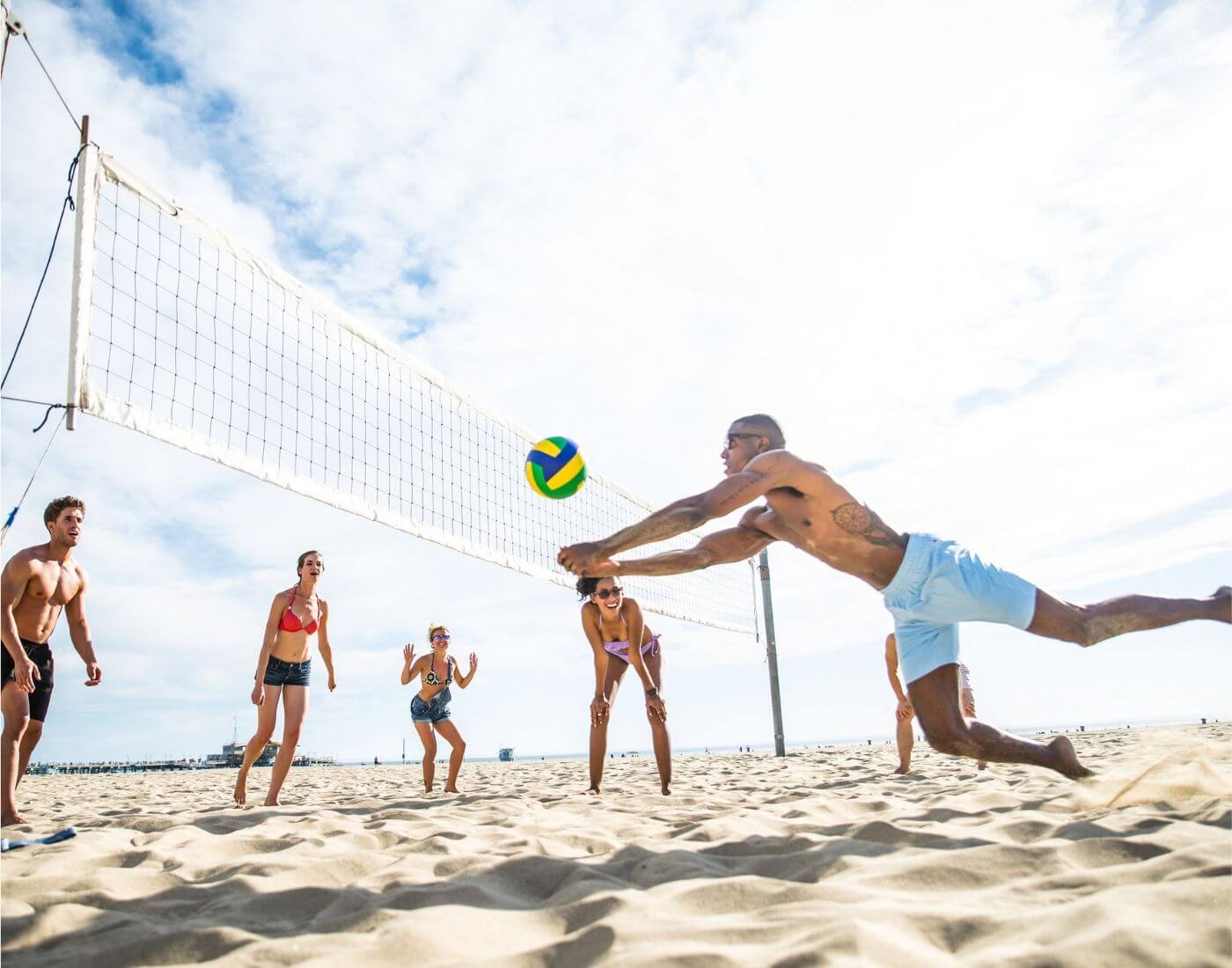 A match is the best of three sets played to 21 points (except the 3rd set) with a minimum lead of two points. In the case of 20-20 tie, the game is continued until a two-point lead is achieved.

A team scores a point in the following situations-

A fault is an infringement of the rules made by a player or a team. If the same team performs two or more faults in succession, only the first one is counted. If two or more faults are done by opponents simultaneously, the referee calls a double fault and the rally is replayed.

The team that wins two sets, emerged as the winner. In case of a 1-1 game tie, a deciding 3rd set is played to 15 points with a minimum of 2-point lead.

Stands on a raised platform at one end of the net, performs the toss, issues warnings to the teams and is the in-charge of the match who has final authority over all the decisions.

The second referee is the assistant of the first referee who stands on the other side of the net and is responsible for signalling faults, violations and authorises game interruptions and timeouts.

Records the points scored, timeouts, records misconduct warnings, the final result and controls the serving order of each team.

Assists the scorer with the administrative duties, indicates the serving order of each team, indicates the errors to the referees and operates the manual scoreboard.

Usually, two or four line judges check for any line faults including the foot faults of the server and stand at the corners of the court.