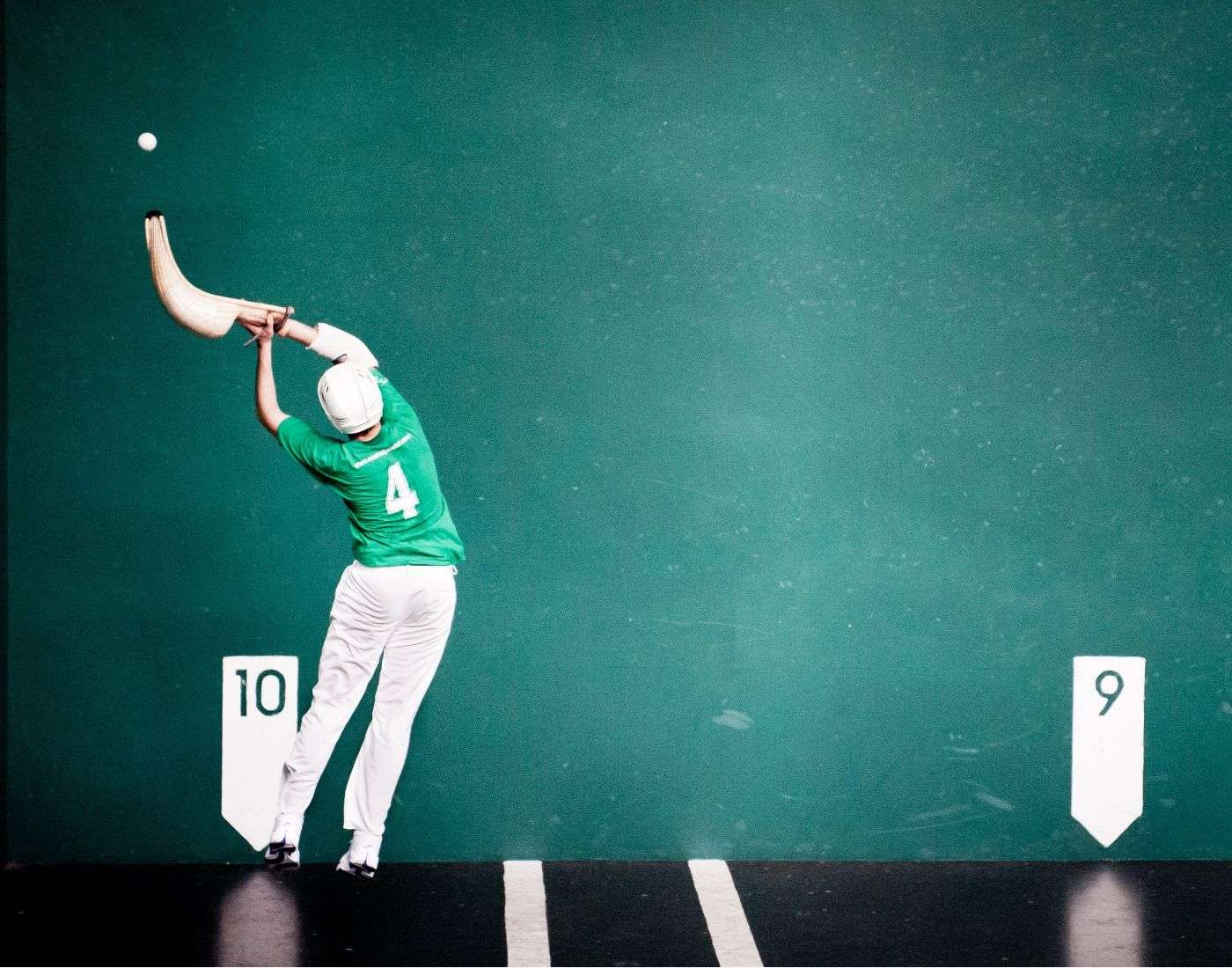 Basque Pelota is a non-contact racquetball sport, belonging to ancient South-Western France and North-Eastern Spain. The word Pelota has been derived from the latin word "pilotta", which means the ball game.

The game of Basque Pelota includes multiple ball game events, played with a racket, a wooden bat or a basket against any frontis or frontan, i.e. a wall.

The game can also be played between two players of different teams on a court partitioned with a net or a centerline.

The International Federation of Basque Pelota is the governing body of the sport that has categorized the sport in 4 modalities along with 14 disciplines. The World Championship is organized annually for the sport.

The sport of Basque Pelota originated in ancient Greece along with other ancient countries during the distortion and the decline of the old real tennis form, known as the Jeu de paume.

In 1850, a popular variant of the sport 'Chistera' developed which includes a basket-shaped racquet to hit the ball at high speed. Ganxiki is regarded as the father of the chistera. Some of the best sportspersons at that time included Chiquito de Cambo.

In 1920, the first official competition of Pelota was organized and by 1950 the first-ever World Championship of Pelota was successfully conducted. The sport of Pelota is widely popular and majorly played in the Basque regions of south-western France and north-eastern Spain, that are considered as the origin points of the sport. Basque Pelota was counted as an official game during the Paris Games of 1900. Only two teams participated in the Paris Games, which were France and Spain.

Amezola and Villota from the Spanish Team beat the French Team denoted by Maurice Durquetty and Etchegaray. In 1994 it was added as a demonstration sport for men in the Olympic Games.

Although in the 1922 Olympic Games it was demonstrated for both men and women categories. Today, the sport is widely popularized and has established various formats of Basque Ball in Argentina, Brazil, Italy, Mexico, Sweden, India, and the Netherlands etc. Majorly the topmost players belong to Basques. In 1924, the first fronton was built by the United States in Miami. During the 80s and 90s, Jai-Alai was widely used for betting in Miami and Florida. The frontons were widely popularized in these regions, having press boxes and restaurants. The sport was widely popular in the olden days, but now the number has been reduced.

It's a traditional variant of handball which is widely played by the Valencian Community of Spain. The game is played without wall and the players have to hit the ball across the centre line or a net.,

It's a modified version of Valencian Pilota, derived from the original version of Basque Pelota sport. In this variant, the players are not required to stand face to face but share the playing area. ,

It is also a variant of Basque Pelota, which is played only barehanded with a minimal amount of protection. It is usually played with the help of a traditional woollen ball that is covered with leather. The ball used in this variant usually weighs 92-95 grams and is played on a shorter court than the regular Basque Pelota court.

Men always wear trousers and women wear skirts during matches. Shorts are not considered suitable during this game.

Players wear a helmet to protect their head from any injuries.

A hard ball made with a latex core is used that is wrapped in pure new wool with an outer casing of two leather strips sewn together.

These are wooden racquets used to strike or hit the ball in the game. There is a wide variety of paletas (racquets) having differences in length, width and weight. The main types are Paleta Gomme Creuse-Paleta Goma, Paleta Gomme Pleine-Pala Ancha, Paleta Cuir-Paleta Cuero, Grosse Pala-Pala Corta, Pala Larga. These racquets weigh between 400-900 grams depending on their type.

The sports is usually conducted in a two-walled court; however, other versions of the court also exist having different configurations and number of walls.

A court having a front wall, a glass wall on the right side, another wall on the left having a dugout built in it and a back wall. At the meeting edge of the front wall and the right wall; there is a small wall at 45 degrees. The dimensions of the trinquet are 8.50 meters high, 28.50 meters long and 9.30 meters wide.

It's a French term which means "wall on the left" as the court has a front wall known as 'frontis', a left wall and the back wall which is called 'rebot'. The dimensions are 36 meters long, 10 meters wide and 10 meters high.

This type of court is similar to Mur a Gauche except for the length which is 36 meters.