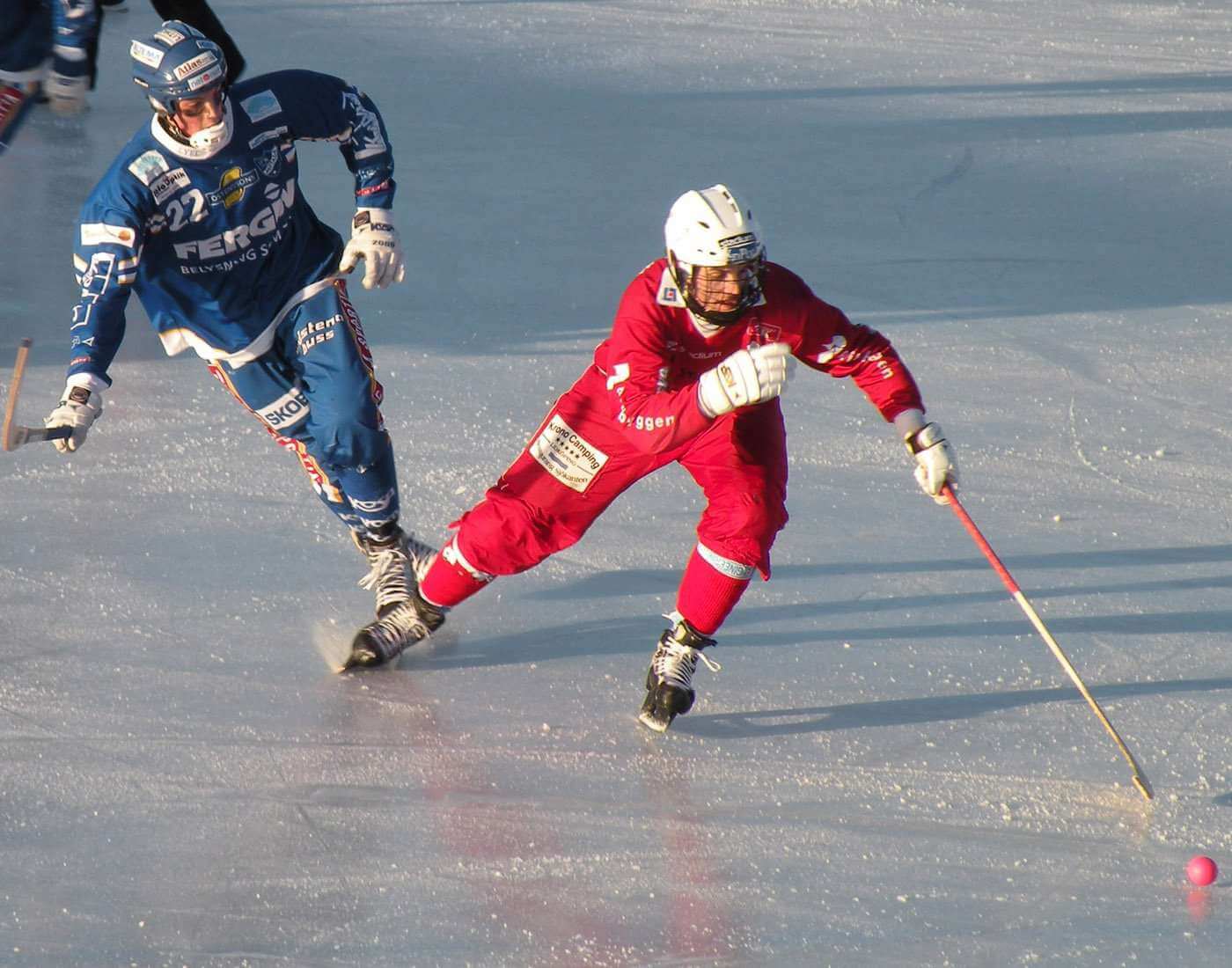 The sport is an ancestor of ice hockey and was first played in 1875 at the Crystal Palace in London. At that time, it was known as “hockey on the ice”. The name bandy came from Britain when “Bando”, a game played in Wales became popular which is similar to bandy. The first-ever Bandy World Championship was held in 1957. The global governing body of the sport- FIB was founded in 1955.

Although the origin of the sport is still a matter of debate, yet most of the Russian society believed their countrymen as the founder of the sport.

It developed as a winter sport in the Fenland of East Angila having large expanses covered with ice where people used to skate.

The members of the Bury Fen Bandy Club published the rules of the game in 1882. In 1891, National Bandy Association was established in England.

Rink bandy is played on the smaller ice rink of almost the same size as that of the football pitch. However, the configuration of the rink is similar to that of the ice hockey rink. The game was originated in Sweden in the 1960s and was initially termed as Hockeybockey. In this game, the players use a stick to drive the ball to the goal post of their opponent team. However, the goalkeeper doesn't use any stick. Similar to hockey, the game is conducted in 60 minutes; either composed of two 30-minute halves or three 20-minute phases. Checking (disrupting the opponent with the position of the puck) is prohibited in the game. Generally, there are six players on each side except in the USA Rink Bandy League where five players are assigned on each side.

Another variant of Bandy in which players use sticks that are more similar to the ice hockey sticks. The sports emerged from the villages of Finland and currently having 100 teams that compete in the national level competitions. The sport gained international attention in 1984 following which the International Rinkball Association was established. The first World Championship for men was conducted in 1998 in Russia.

Two teams of eleven players (maximum) each including the goalkeeper compete against each other to win the match.

A team is not allowed to play with less than eight players.

The bandy stick is used to hit the ball. The stick should be made of wood and must not contain sharp parts or metals (any) that can cause surrounding players any injuries.

The bandy balls are 62.4 mm in diameter or 63.8 mm which is known as the Russian ball. In one game of bandy, approximately 20 approved balls are used, but all must be of the same type and colour, as specified in the bandy playing rules set by the Federation of International Bandy.

The players wear the protective cup to protect the genitals.

A jockstrap is an undergarment for protecting genitalia during any contact sports. For women, the undergarment is known as jill string.

Mouth guard covers teeth and gums and is used by players to protect their teeth, jaw, lips and gums from injuries.

A helmet with face guard, ear protection and chin straps is worn that protects the players from injuries.

Padded gloves are worn by players to avoid injuries caused by hitting from the sticks and also against low temperature.

Leather or nylon boots are used in bandy to protect the player’s feet and lower legs. It has rounded blades at both ends to assist rapid stops and changes of direction.

Referees control the match and the match time. There are three referees in all international matches which includes a head referee and two assistant referees.

The match secretary is subordinated to the referee during the match and is responsible for supervising the penalty timings and penalised players.