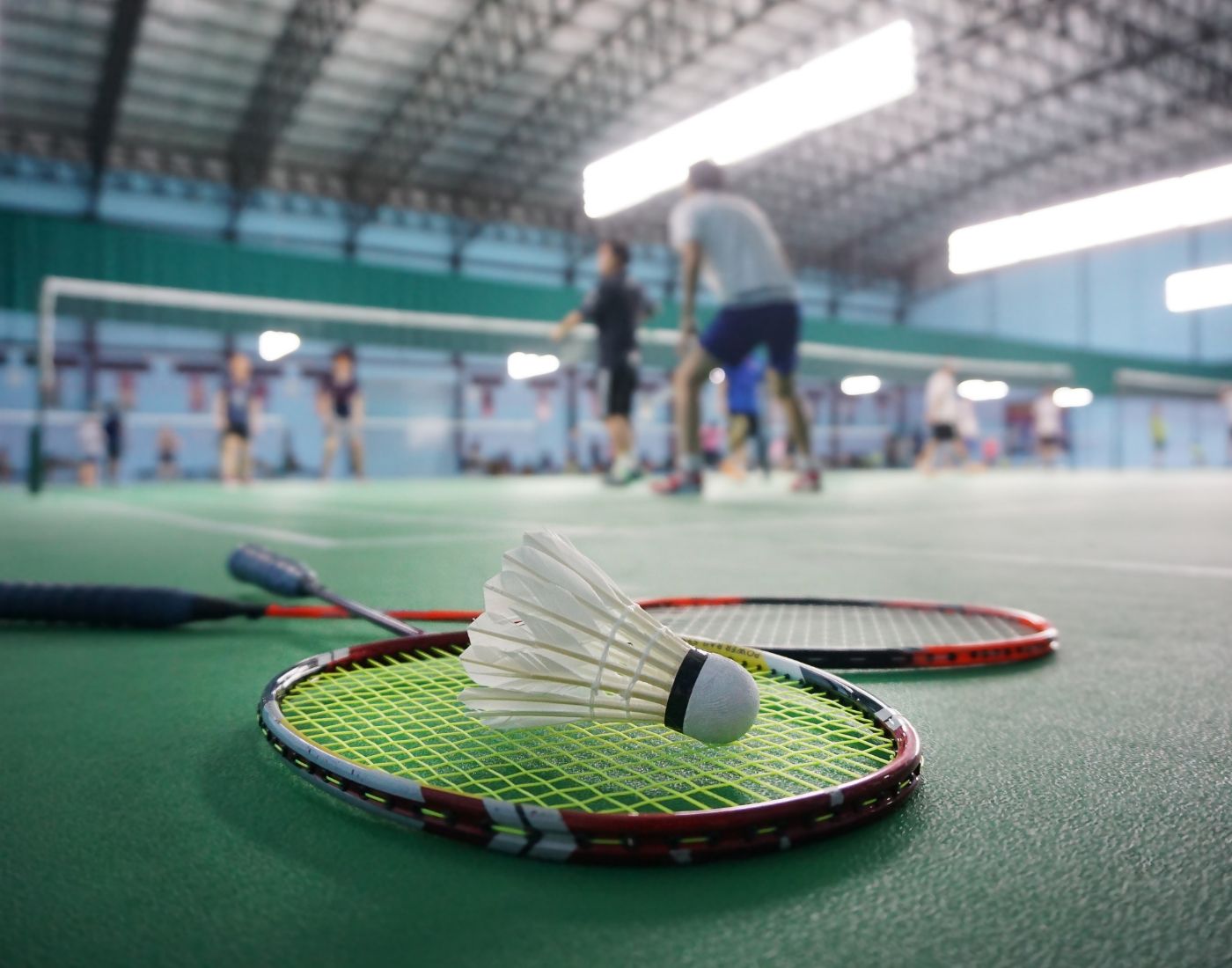 Due to the same reason stated above, players used to choose grips made up from synthetic materials over the ones made up from animal skin and leather. Synthetic grips made up from Polyurethane, and other kinds of similar materials help the players to achieve a good grip on the racket and also provide comfort. The grip is used to increase the thickness of racquet handle and to get a comfortable surface to hold which depends upon the choice of the player in which he/she is comfortable in playing.

The badminton net is what equally divides the badminton court into two sides, creating the objective of attempting to make the shuttlecock hit the floor on the other side to win a point.

The shuttlecocks are conical-shaped equipment used in badminton. They are also regarded as a bird or birdie. A shuttle can achieve a speed up to 200 mph after being hit by a racket. The shuttles are composed of real feathers, usually of goose or duck.

Comfortable cotton shirts and a pair of shorts or skirts are worn that keeps the player cool.

Lightweight non-marking rubber-soled shoes are worn by the players that provide an excellent grip along with thick cotton socks to prevent blisters.

Wristband or Sweatband is used to prevent sweat from dripping down onto the racquet handle.

Hawk Eye technology is a computer-based technology which helps in providing a virtual understanding of the path of an object such as the ball used in Cricket, Tennis, Badminton etc.. The Hawk Eye  was first used during a Test match, held between Pakistan and England at Lord’s Cricket Ground in 2001.

The shuttlecock must be played below the server’s waist. The arm must remain below shoulder height & both feet must be on the ground.

It is the most spectacular & powerful attack shot that drives the shuttle down on the opponent’s court and is used to end a rally.

It is a high and deep shot, usually a forehand stroke that slows down the momentum of the play and gives the hitter a chance to get back into a good position.

Shots played from around the net area that reduces the opponent’s reaction time and forces him to move a long distance.

The most senior official and overall in-charge of the tournament.

The in-charge of the match and the court; usually sits on a high chair overlooking the net and reports to the referee.

To call service faults and to watch that the serve is legal.

Ten judges to indicate whether a shuttle is in or out of bounds.