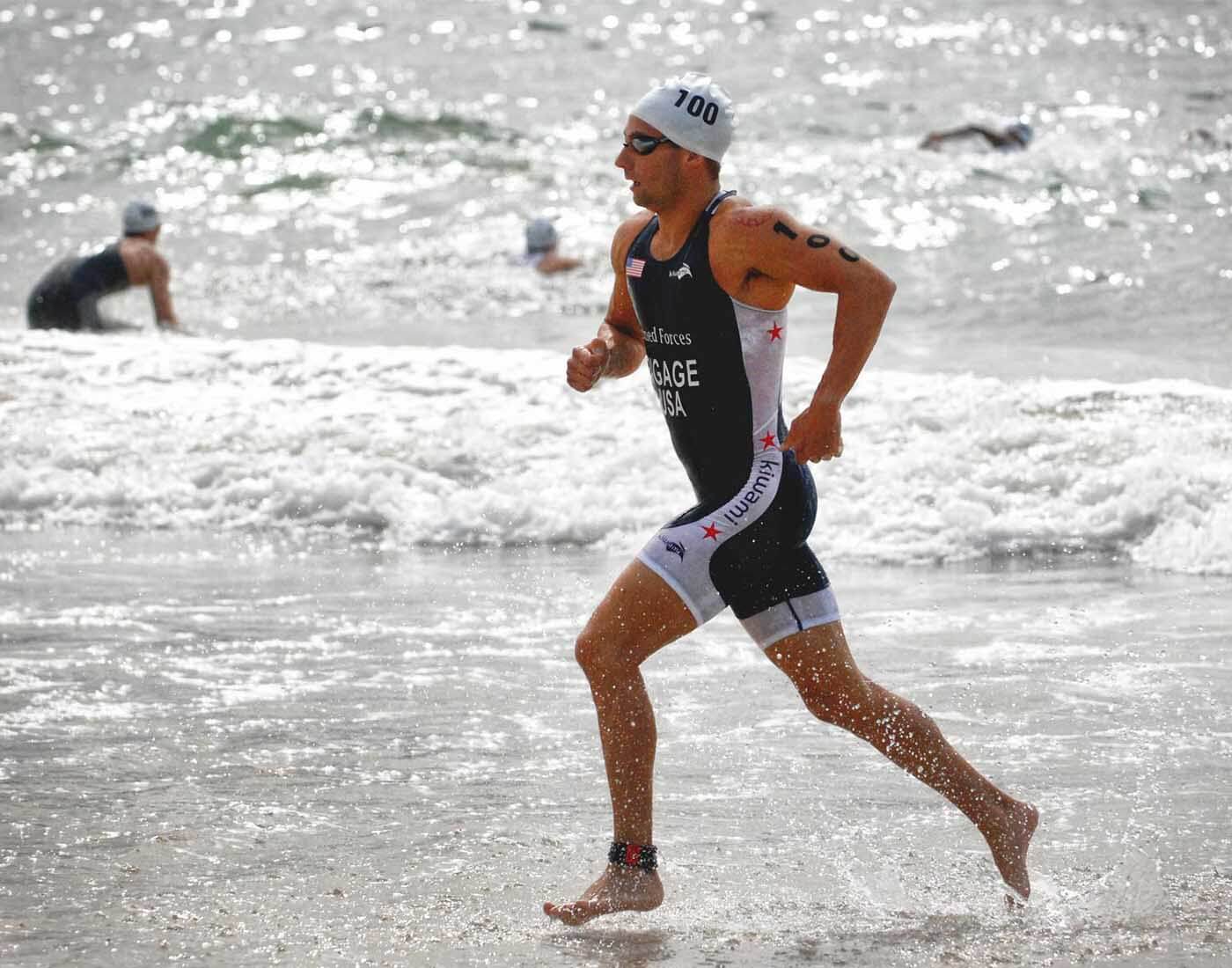 Aquathlon is a top-rated multi-sport event which combines swimming and running. It consists of three stages with a swimming segment sandwiched between two running events. The sport is relatively recent and has a huge following all around the world.

The competitors complete a swimming race immediately followed by a run over various distances. The name "aquathlon" was derived from Latin and Greek and meant "fight in the water" (aqua, Latin for water and Athlon, derived from Greek, meaning wrestling).

For temperature below 22 degrees, the racing format changes to 1 km swimming, followed by a 5 km run.
Aquathlon is composed of continuous swimming and running as a part of single event. The participants run either on a trail, a road or a path. However, swimming can be performed on any water body such as the pool, reservoir, ocean etc.

Aquathlon is a combination of swimming and running which is popular in today's age. The modern sport holds its roots from Australia during the 1950s. Traditionally, the races were conducted as a run on a beach, swim out to sea around a buoy and then return to the beach.

Later by the 1960s, the idea had spread to California in the United States, where it went popular among runners and swimmers. In 1989, the International Triathlon Union (ITU) was founded at the first ITU Congress in Avignon, France and organized the first official World Championship in August. Since then, it is conducted annually.

The distances of running as well as swimming in aquathlon vary depending upon the location and water temperature. Originally, aquathlon was designed to make the total running time equal to the total swimming time, so neither the strong swimmer nor the keen runner has any advantage.

In 2004, the ITU Aquathlon World Championships were held in Queenstown, New Zealand and the swim, took place in a lake fed by glaciers, causing the water to be too cold. Due to this, the first amendment of the rule occurred, and the players were allowed to wear wetsuits.

In 2018, the ITU Multisport World Championships Festival was held in Fyn, Denmark.

Aquathlon is composed of continuous swimming and running as a part of single event. The participants run either on a trail, a road or a path. However, swimming can be performed on any water body such as the pool, reservoir, ocean etc.