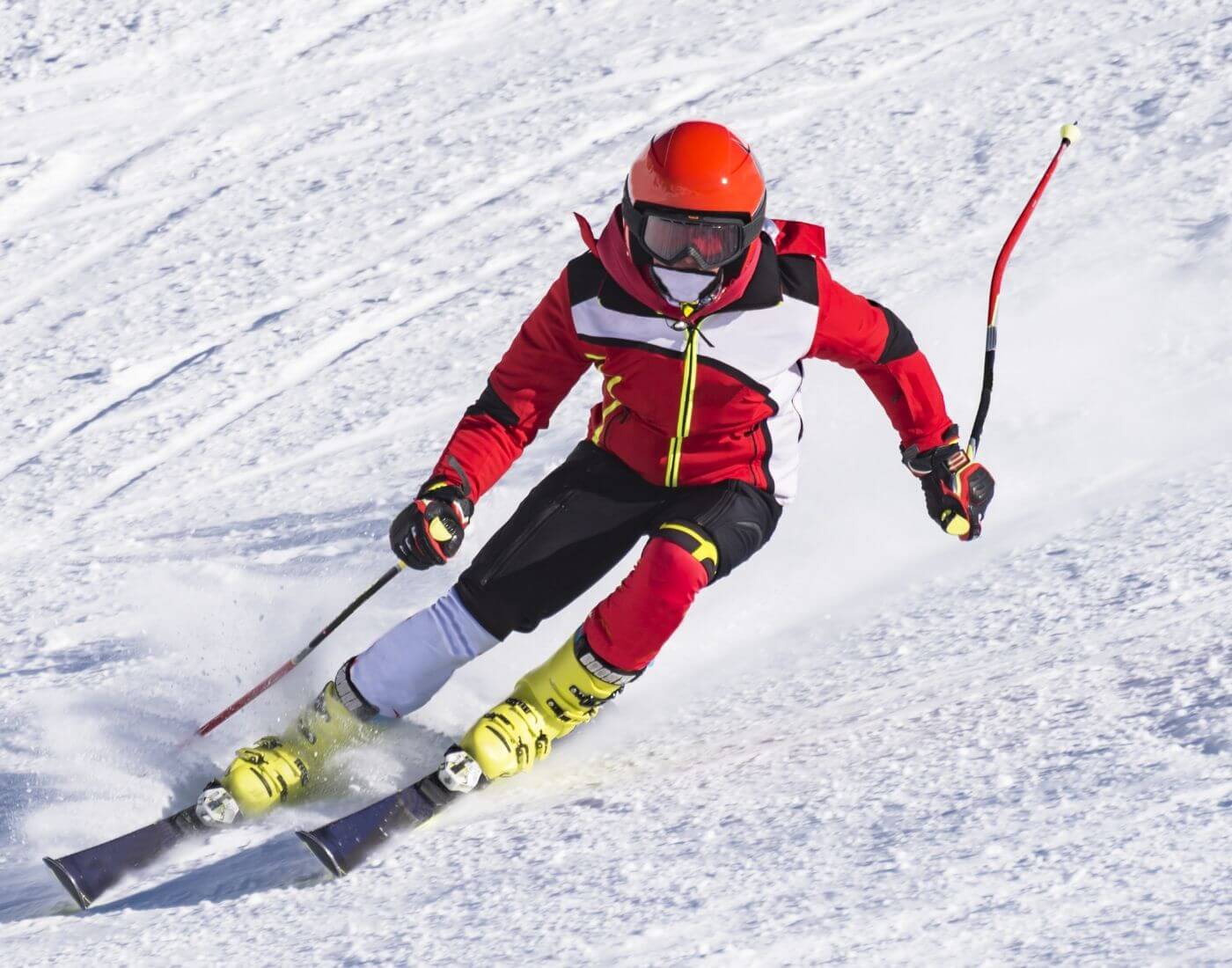 Alpine skiing, also known as downhill skiing is a snow sport in which racers wearing skis with fixed-heel bindings ski down the snow-covered hills or mountains in the fastest time possible for them. The sport consists of four main disciplines- downhill, slalom, giant slalom and super-G. The sport is usually practised at ski resorts. It is a part of the Winter Olympics since 1936 (except 1940). The objective of the sport is to run down the course and cross the gate line in the fastest time possible to win the race.

The sport was originated during the 1850s when Sondre Norheim of Telemark, Norway developed a ski with toe and heel bindings with an idea to easily cross through the frozen marshes and wetlands. In the 1760s, this activity was practised in military training. The modern alpine skiing took birth somewhere around the 1850s. Soon it became an integral part of transportation in the colder regions. In the 19th century, it was introduced to the rest of the world as a recreational and competitive activity.

The first slalom ski event was held in 1922. A Norwegian skier Sondre Norheim initiated a new trend of skis with curved sides and the binding with stiff heel bands. He was the champion of the first downhill skiing competition that held in 1868. The international federation of alpine skiing- FIS was founded in 1924.

Gloves are one of the most influential and essential parts of the skiing uniform as they let the ski for longer time.

Skis are the most crucial part of alpine skiing as they are the essential equipment that is generally long, made up of usually thin pieces of wood, plastic, or metal that you strap to your feet to glide across the snow.

Ski-suits keep the participants warm during winter sports competitions. The ski suits are designed as a unisex garment.

Ski poles are the most crucial part of skiing as they provide control, balance, and navigation for a better experience over flat or downhill terrains.

Ski goggles are used to protect the eyes of the skier. While skiing, these goggles save eyes from wind, snow, and harmful UV rays.

Ski bindings are the device that connects/binds a ski boot to the ski. Bindings play a significant role as safety devices and transfer all the inputs as you make them in the skies.

Ski boots are an essential part of skiing. They not only add a functional value, but they also affect our comfort more than any other type of equipment.

Lightweight woolen socks are worn by the skiers to keep the feet dry and help regulate proper blood flow.

The race course called "piste" for each of the discipline of alpine skiing has different measurements:-

Super-G- The super-G course has a vertical drop of 500-650m for men and 350-600m for women with at least 35 gates for men and 30 gates for women. The course also consists of widely set gates and more turns than in downhill skiing.

Downhill- The downhill courses are around 30m wide having a vertical drop of 450-1100m for men and 450-800m for women. The gates on these courses are at least 8m wide.