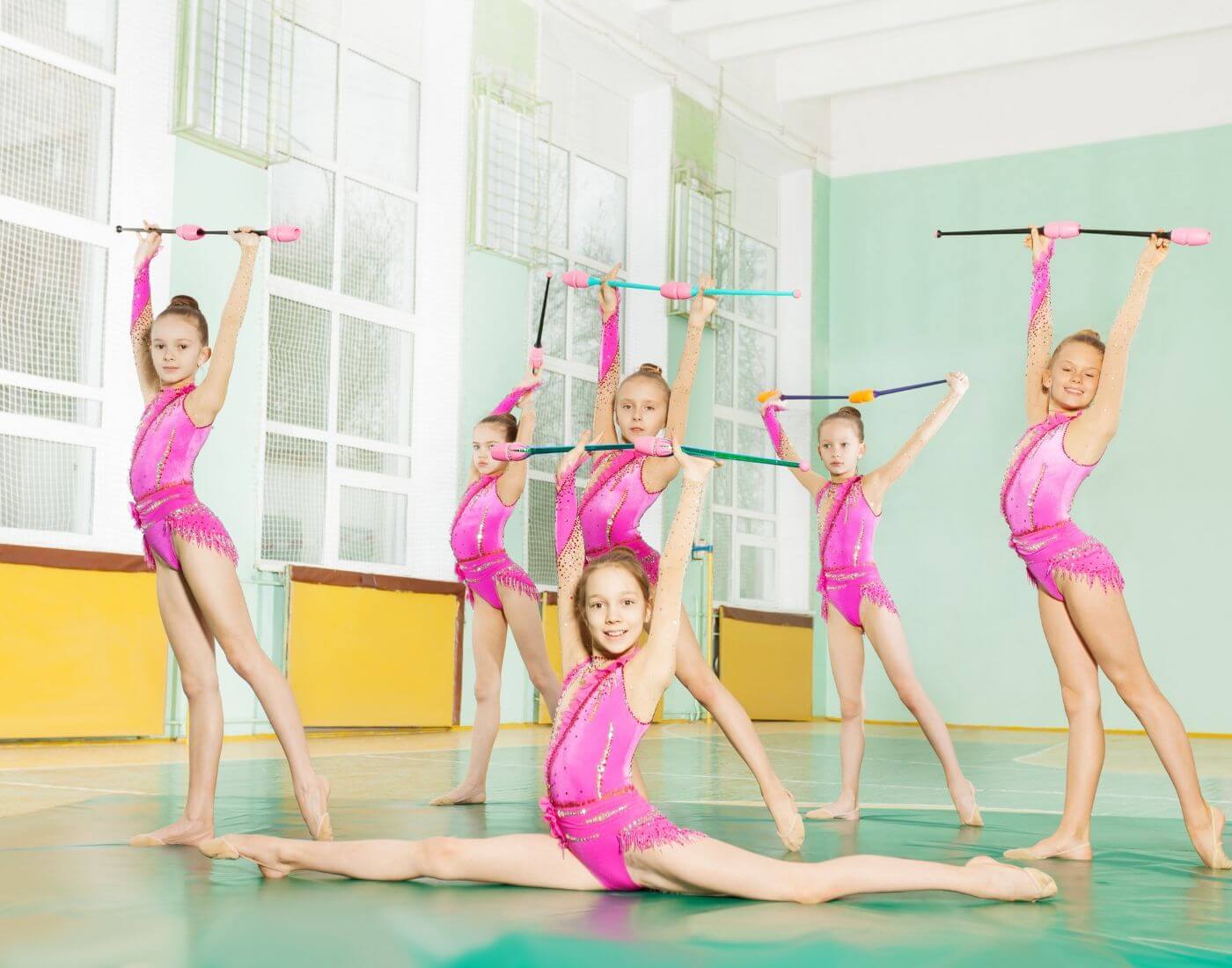 Aerobic Gymnastics is a competitive discipline of gymnastics in which gymnasts execute routines to music that show dynamic strength, flexibility, jumping ability and balance.

The term "Aerobic" was coined in 1875 when Louis Pasteur (French chemist and microbiologist) discovered that some "aerobic" bacteria required oxygen to survive. During the 1960s, an American doctor named Ken Cooper developed "Aerobic Exercises" series to combat heart diseases.

In the 1970s, Ken Cooper's methods were popularized by people worldwide in a series of exercise videos featuring the movie star “Jane Fonda” (American actress, activist, and former fashion model). Aerobic exercise became part of a worldwide fitness trend during the 1980s, and exercise competitions featuring spandex-clad competitors performing breathtaking routines and flexing their muscles had also gained much popularity amongst people.

The final fusion of Aerobics with Gymnastics had started on October 30, 1993, when affiliated federations officially asked the FIG Executive Committee to introduce aerobics as a discipline in the FIG competition program. The following year, at the FIG Congress in Geneva (SUI), FIG President Yuri Titov (RUS) invited delegates to accept the establishment of an Aerobic Sports Commission and the organization of the 1995 World Championships.

On March 14, 1995, the first judge and coach course in Aerobics was held in Switzerland. The same year, in December, the first FIG Aerobic World Championships was held at the Stade de Coubertin (Indoor Arena) in Paris. Competitors from Brazil dominated the competition, winning three of the four titles, and seven other nations won the medals.

In 1996, the FIG officially recognized Aerobic Gymnastics as a FIG discipline and it has continued to evolve as a sport in the recent years. The discipline is prevalent in Asia and is practiced by several university teams.

There are 6 different event categories in Aerobic Gymnastics that if a participant wants to compete can select a category that suits them. The categories are as follows -

3. Trio (any combination of males/females)

4. Groups of 5 (any combination of males/females)

An Aerobic Gymnastics routine is a creative combination of “Basic Steps” and “Elements”. It interprets a piece of fast paced, upbeat music through movement.


All the steps can be done with high or low impact, (bounce or no-bounce) with infinite options for arm movements. The movements should be on-beat and should interpret the music. It is easiest to group basic step combinations into 8 count sequences.

A routine may also include optional dance steps like:

It is one of the series of gliding steps in ballet in which the same foot always leads the three consecutive dance steps, two fast and one slow, to four beats of music.

Charleston dance was highly popular in the 1920s and frequently revived. Characterized by its toes-in, heels-out twisting steps, it was performed as solo, with a partner, or in a group.

The Mambo dance that resembles form consists mostly of forward and backward movements. The basis of the dance is done with rock steps, side steps and occasionally has points, kicks, and flicks of the feet.

The other form of dance steps also takes place such as the pendulum, pony etc.

A proper Aerobic routine must also include “Difficulty Elements” which are the gymnastics-based skills.

Note – The Aerobic Gymnastics also allows tumbling or acrobatic elements; however, it prohibits held inversions or any hyper-extension of the back (i.e. bridges, ring leaps/jump). For safety and to maintain the Aerobic style, the back should be in a “neutral spine” position at all times during the Elements and dance of the routine.

The performance area is 7 x 7 m sprung wooden floor area (for individuals) and a slightly larger 10 x 10 m area for Mixed Pairs, Trios and the Groups.

Athletes perform 1 minute 30 seconds with a tolerance of +/- 5 seconds for all competitions. They perform choreography to an energetic music that they have chosen. In this the athletes perform 12 elements with proper synchronized start and end of choreography and music. The athletes need to make sure that they cover the entire performance area by moving rhythmically.

Gymnasts are scored based on the difficulty of the moves, artistic merit and the execution. The total of all the three scores determines the winner of the event.

Artistic judges assess the artistic merits and faults in the routine performed.

Responsible for overseeing the panel’s activities and making point deductions in case of mistakes like using prohibited moves, etc.

Difficulty judges assess the difficulty of the movements performed in the routine.

Execution judges deduct points based on the technical imperfections in the execution of the routine.

Penalties are imposed on athletes for making following rule infractions-

Walk-over
Serious breach of the FIG Statutes, TR, or COP