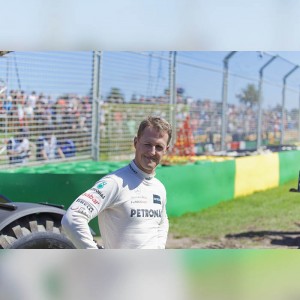 You win a race, the next race it’s a question mark. Are you still the best or not? That’s what is funny. But that’s what is interesting. And that’s what is challenging. You have to prove yourself every time.

Michael Schumacher is a well-known German racing driver who has won Formula-1 racing championship seven times in his career span. Much-publicized for his speed, fastest laps, and pole positions, Michael has numerous winning records, most of which he still holds. An idealistic racer who has always secured a position within the top three of each race, he has participated and ruled the track with the most number of consecutive finishes.

Born on 3rd January 1969, in Hürth, North Rhine-Westphalia, Schumacher started chasing his passion at an early age by practising with Kart. His father was a bricklayer and mother worked at a canteen. With the support of parents, he was able to get his first kart license at the age of twelve. In 1987, Michael became the European and German Kart Champion post which, he quit school to pursue his passion and started working as a mechanic.

In the year 1988, Michael won his first Formula König Series. A year later, he signed a deal with Willi Weber's WTS Formula Three team and won the title of German Formula 3 Series in 1990. Out of his 30 races in wet conditions, Michael won 17 with his sheer ability to produce fast laps in the contest. He debuted for the Formula-1 race in 1991 at the Belgian Grand Prix and soon became the crackerjack of the race. In 1994, he became the first German World Driver’s Champion while racing for “Benetton”, and repeated the history by earning the title in 1995.

Schumacher suffered a leg injury at the 1999 British Grand Prix which ended his title run. Things turned out good after some time and he won five consecutive Ferrari drivers’ titles from 2000 to 2004. He was named as one of the UNESCO Champions for Sport in 2002, twice entitled as the World’s Sportsman of the Year (in 2002 and 2004), and launched the first light-weight carbon helmets with Schuberth GmbH in 2004.

In 2006, Michael won the Italian Grand Prix and then took retirement from the racing track. The same year, he was honoured with FIA Gold Medal for his remarkable and unforgettable performances on the racing track. The Nürburgring racing tracks’ turns 8 and 9 which were originally known as the Audi and Shell Kurves were renamed as “The Schumacher S” in 2007 in commendation of his sincere contribution to the F-1 racing. The same year, he was also honoured with the “Prince of Asturias Award for Sport” for his sports contributions and social welfare.

Schumacher returned to the F-1 track with the Mercedes GP Team in 2007 and participated in more races finishing within top tens. He won the Brazilian Grand Prix of the season 2012. Schumacher was honoured with the “Officier of Légion d'honneur" title from French Prime Minister François Fillon in the year 2010 for his racing achievements and credits which he earned for his nation. After retirement, in 2014, he was awarded the “Millenium Trophy” at the Bambi Awards. Michael is truly an iconic personality and an ideal for the budding racers. 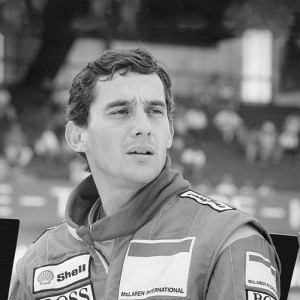